A lot of confusion was caused by wrong e-challans or e-challans sent with the wrong images. 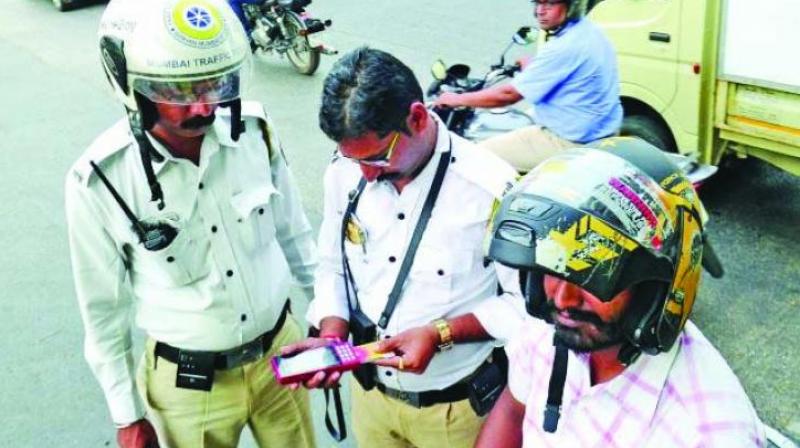 Mumbai: Acting on the directions of the Bombay high court, the Mumbai traffic police will not stop vehicles violating traffic rules during peak hours to avoid congestion. However, e-challans will be directly sent to errant drivers for flouting traffic norms. The traffic police is also making additional efforts to do away with unauthorised parking on roads which eventually leads to traffic jams at all hours.

A Mumbai traffic police official said that after the e-challan system failed to make the necessary impact, the police returned to old methods of stopping vehicles and impounding licences. However, after the act of stopping vehicles led to heavy traffic congestion during peak hours, senior officials ordered sending e-challans to violators rather than stopping them.

The Mumbai traffic police has already installed 6,200 closed circuit televised (CCTV) cameras across the city to keep tabs on violations, and will accordingly send e-challans to vehicles’ registered mobile numbers. Amitesh Kumar, joint commissioner of police (traffic), said, “With the development of technology, the traffic department too is always trying to catch up with technology. Subsequently, measures are being taken to decongest traffic by not allowing heavy vehicles to be parked on main roads during peak hours.”

The traffic police went back to collecting fines in person due to inefficiency and unreliability of the Mumbai traffic police’s MTP app where people constantly flouted payment deadlines. A lot of confusion was caused by wrong e-challans or e-challans sent with the wrong images.