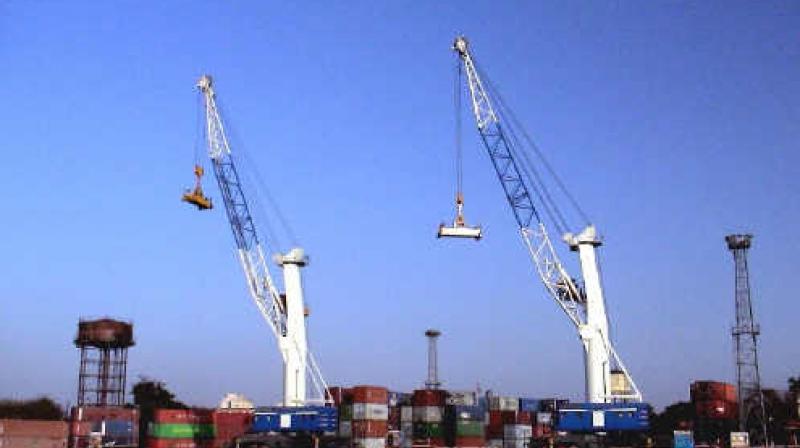 The accident happened in a shipping channel of the Kolkata Port Trust.

Kolkata: A Bangladesh-bound barge loaded with fly ash capsized in the Hooghly Thursday morning after it allegedly entered a shipping channel in the river and collided with a Kolkata Port Trust (KoPT) despatch vessel.

All of the 13 crew members on board the Bangladeshi barge Ma Mamotamoi were rescued. The KoPT vessel DV Rabindra suffered damage. Port Trust chairman Vinit Kumar has ordered a probe.

The accident took place at around 10.30 am near Budge Budge in South 24 Parganas. The Bangladeshi barge, registered in Dhaka, was sailing from Kolkata with a consignment of fly ash to Munikhali in the neighbouring country.

KoPT spokesperson Sanjoy Kumar Mukherjee informed that DV Rabindra, the port craft, was also sailing down in the south direction for urgent buoy repair work in the shipping channel.

He said, "Apprehending a collision, DV Rabindra reduced its speed and requested Ma Mamotamoi to move out of the channel. However, the Bangladeshi barge failed to comply."

The barge, after the collision with the vessel, sank at Akra, Mukherjee added.

A senior official of the Kolkata Police said that a disaster management group team was immediately pressed into the rescue operation in an IRTP launch. Later all the 13 crew members of the Bangladeshi barge were rescued.