The recent developments have got environmental experts fuming over the decision 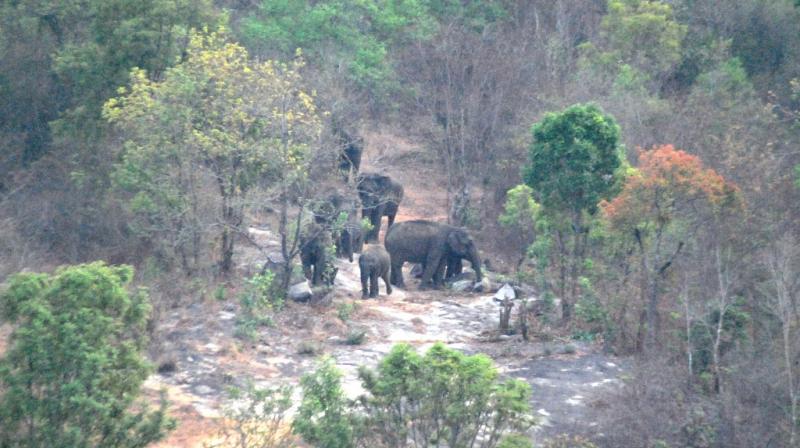 The eco sensitive zone around the National park is currently 168.84 sq km

Bengaluru: While the environmentalists are fighting to retain the original eco sensitive zone (ESZ) of the Bannerghatta National Park as 268.96 sq kms, the union environment ministry has accepted the Karnataka chief minister, B.S. Yediyurappa's suggestion to reduce the size it by 100 sq km.

According to the new notification the size of the ESZ around the National park is currently 168.84 sq km.

The recent developments have got environmental experts fuming over the decision.

Bhanu Prakash R, co-ordinator of the Bannerghatta Nature Conservation Trust wrote multiple letters to the union environment ministry and state government apprising them about the ramifications the ecology will have if the ESZ is reduced.

Despite the Karnataka High Court's order to set up a monitoring committee for Banerghatta National Park eco sensitive zone, the state government has not moved an inch, which has lead to unregulated land use in the region.

Even before the finalisation of the ESZ, farmers alleged that land mafias have been repeatedly pressurising them to relinquish their lands at throwaway prices.

The founder of Project Vruksha, a Bengaluru based eo-initiative, Vijay Nishanth,  lambasted at the government and remarked that it is clear that the government stands with the mining industries.

Despite the assurances by the BJP ministers that no reduction in the ESZ will happen this is what we see today. BJP is playing the double game. We are looking at legal options now
- Vijay Nishanth

Recently, the BJP government in Karnataka had inducted Anand Singh, an accused of around 15 cases including offenses under Karnataka Forest Act, as the forest minister.