As per the centre’s circular, expatriate Indians have to produce certificates of having tested negative for Covid-19 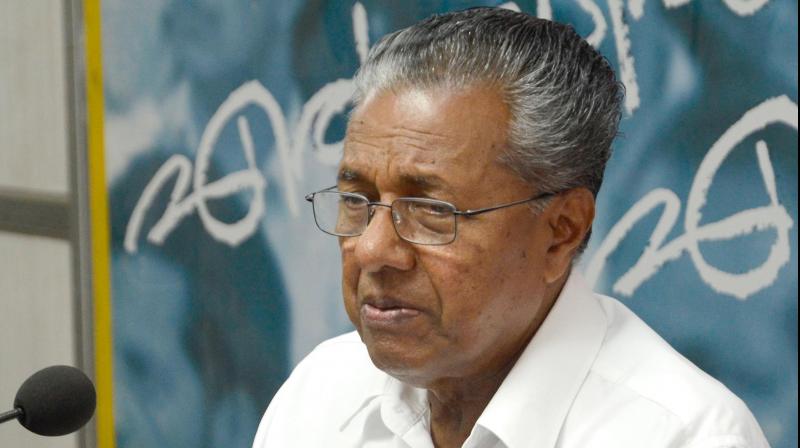 Thiruvananthapuram: The Kerala Assembly on Thursday passed a unanimous resolution against the Centre's circular banning the return of Indians from coronavirus-hit countries such as Italy unless they produce a certificate that proves they have tested negative for the infection.

The resolution moved by chief minister Pinarayi Vijayan said the circular was “inhuman” and was akin to “cruelly abandoning” the expatriate Indians.

Vijayan had on Tuesday written a letter to prime minister Narendra Modi seeking his intervention to withdraw the circular issued by director general of civil aviation (DGCA).

The circular stipulated that people “travelling from or having visited Italy or South Korea” and desirous of entering India “need to obtain certificates of having tested negative for Covid19” from the designated laboratories authorised by the health authorities of those countries.

“Because of this circular the Indians, including Keralites, are unable to board any flight even with a confirmed ticket. This is creating great difficulties to them. We came to know from the central government that there are not enough facilities in Italy for the medical examination of all those stranded there,” Vijayan said in the resolution.

The chief minister further said the foreign authorities were not ready to test people without symptoms as they were already overloaded with patients.

The resolution pointed out that the students from Wuhan in China were airlifted earlier and housed separately until their medical reports were out.

“Those without any symptoms of infection were allowed to leave for their residence. This was very effective. But this circular is inhuman and it is akin to cruelly abandoning the expatriate Indians,” it said.

“We have asked the Centre to allow those in Italy to travel back to India and they can be kept in quarantine in case they test positive on arrival,” Vijayan said.

The state government also sought the assistance of the Centre to help the expatriate using diplomatic intervention to extend the Visa and leave of those who are already in the country.

“Many expatriate who had reached the country for vacation are finding it difficult to get back and join their work places abroad due to restriction in air travel. The state government has sought Centre's diplomatic intervention in extending the Visa period and joining date of those NRIs,” the CPI(M) leader said.

The plight of Indians in Italy came to light after Hima, a woman from Kerala, stranded at an airport in the European nation released a video showing their hardships.

“We are being treated as smugglers. People have commented on the video put up on Facebook asking us why we want to come back to Kerala. Many came to the airport without knowing that a certificate would be required for them to travel.

The airport authorities say that India is not ready to receive us,” she said in a voice message to media.

The woman said at least 200 Indians were stranded at Milan and Rome airports.
With eight more testing positive for coronavirus in Kerala on Tuesday, the total number of infected people under treatment in the state is now 14.

The state government has imposed severe restrictions, including closure of educational institutions and cinema houses till month end to prevent further spread of the virus.