India   All India  12 Apr 2017  Pak will have to pay heavy price for Jadhav's sentence: Anil Vij
India, All India

Pak will have to pay heavy price for Jadhav's sentence: Anil Vij

Pakistan has been provoking India in the past too, but this time it would not be spared, said Haryana health min. 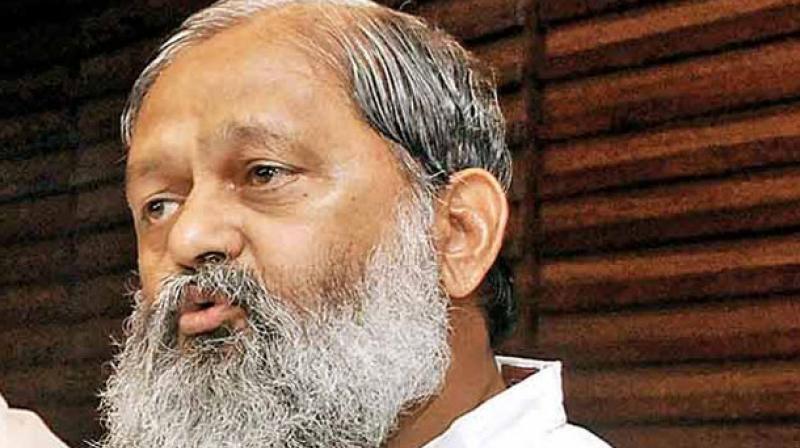 Ambala: Hitting out at Pakistan after a military court there awarded death sentence to Indian national Kulbhushan Jadhav, Haryana Health Minister Anil Vij said the neighbouring country will have to pay a "heavy price" for this.

Warning Pakistan, the outspoken minister said "they should be ready to face consequences". "There is great anger among Indians that an innocent Indian has been sentenced to death," Vij told reporters here.

The Indian government has taken tough stand on this issue, he said. "Pakistan has been provoking India in the past too, but this time it would not be spared," Vij said.
In a tweet, he said, "#KulbhushanJadhav sentence. If we use tit for tat what will happen to #Pakistan. Must stop this (sic)."

Jadhav was yesterday given death sentence for "espionage and sabotage activities" in Pakistan's restive Balochistan province and Karachi city.