India   All India  12 Apr 2018  Amid vandalism row, Ambedkar's statue now locked in iron cage in UP
India, All India

Amid vandalism row, Ambedkar's statue now locked in iron cage in UP 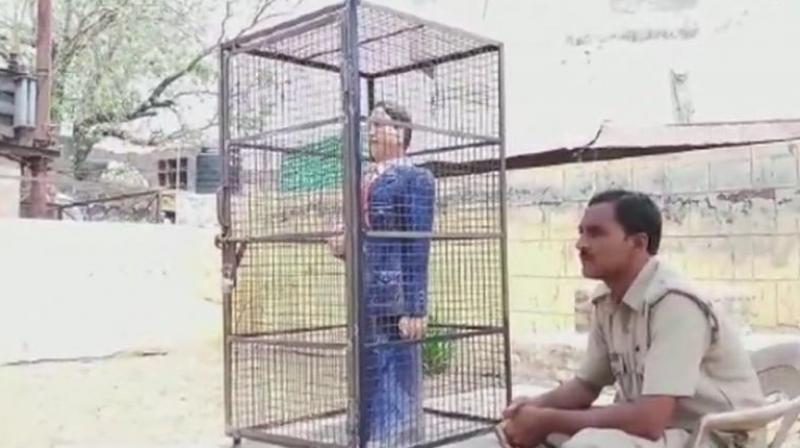 The police said it was not aware of who had put the cage around the statue in Gaddi Chowk. (Photo: ANI/Twitter)

Badaun: In wake of incidents of vandalism being witnessed across the country, a statue of Dalit icon Bhimrao Ambedkar was found to be locked in an iron cage in Uttar Pradesh’s Badaun district.

The statue was found caged in Gaddi Chowk area of the district, in the heart of the town, in Sadar Kotwali police station area. However, the police said that it was unaware of the incident.

"The step might have been taken to provide security to the statue but we are not aware as to who has done this," Circle Officer Virendra Singh Yadav said.

Badaun’s SDM Parasnath Maurya said directives were issued to extend security till Ambedkar Jayanti on April 14 as there were chances that some anti-social elements might damage the statues to disturb social peace.

He further said that he was not aware of who had put the cage around the statue in Gaddi Chowk.

Three homeguard jawans have, however, been deployed for round-the-clock security of the statue, the SDM added.