India   All India  12 Apr 2019  Justice delayed is justice denied too
India, All India

Justice delayed is justice denied too

Imagine the plight of Jeevajyoti in this case. She has been widowed at a young age and now for over 18 years. 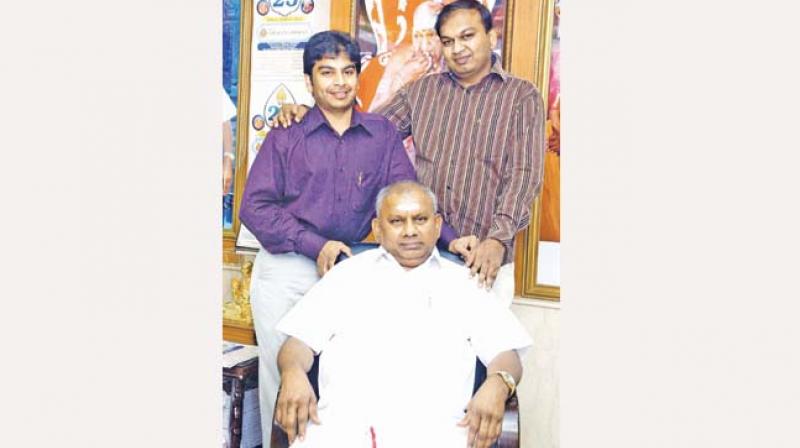 Jeevajyoti, widow of Santhakumar who was abducted in October 2001 has refused to react to the verdict of the Supreme Court dated March 29 in Pattu Rajan vs State of Tamil Nadu. She is a tragic victim and survivor from the predatory conduct of her then employer P. Rajagopal, supremo of Saravana Bhavan chain of Hotels in India and abroad. Already married twice, Rajagopal fell for the charming girl, and showered her with gifts/financial support, hoping to have her as his third wife.  She did not oblige.  The result was abduction/murder. Rajagopal and his henchmen were convicted by the trial court, and conviction was affirmed by the Madras High Court on Feb 19, 2009. Ten years to the day and 18 years from the date of the FIR in October 2001, the top court has confirmed the life imprisonment and directed convict No.1 Rajagopal and his fellow convicts to surrender by July 7.

A reading of the story that is old by near two decades, is a crime thriller with juicy ingredients.  Passion, abduction, revenge, supari, murder and more.  It was a one-sided love story gone horribly wrong.  It aroused the interest of the public and kept it engaged not contemporaneously alone, but when the trial was on, hearings took place in High Court, judgment delivered and now interest renewed again, with final imprimatur from the apex court. But think about the victims and the survivors. It is no story. It is a real time trauma, from which they may be seeking closure for the past 20 years.

Havard Professors have opined that different victims (or survivors) may seek closure in different ways.  Both forgiveness and the desire for vengeance may play a role in the quest for closure, for example.  The question of what victims and survivors need and deserve has a number of components: psychological, philosophical. That is why the pendency of such crimes and punishment to the perpetrators assume larger than life form.

Imagine the plight of Jeevajyoti in this case. She has been widowed at a young age and now for over 18 years. The verdict on March 29 may seemingly give her a move on in life. But the tragedy is that it has lasted all of 18 years and taken 10 long years of gestation before the top court.  The consumers of justice legitimately are worried why it should take this long for the survivor to get closure?  Who is responsible?  Is anyone accountable? Is there a logical and tenable explanation for the long winding process? Or is there none, so that we may know and be ready to digest it as it is.

Four crore and more cases are pending all over India, from the magistracy to the Supreme Court.  In a Nani Palkhivala memorial speech, Soli Sorabjee said, “If we need to seek closure of all the cases now pending, at the same rate at which they are now receiving, it would be a good 150 years to reach a clean state. Subject, of course, to no further dockets.”

The commoner does not need excuses and explanations. He wants answers. He is in dire need of solutions. Tomes have been written and seminar circuit calendars are full with this menace of pendency and arrears.  Each one has offered his or her suggestion.  But to those in the thick of action, and   in the know of it, and borne or facing the brunt of such pendency, they do not inspire confidence.  And do not offer salves.  It is merely agreed that there are no easy or simplistic solutions.

Yet, to grapple with the burgeoning crisis in docket explosion, one needs to bluntly zero in on the reasons, which contribute to the pendency and expeditious need to address,  lest the judicial system collapses, as is being warned. Who better to turn to than the man for all seasons, the late lamented Justice V.R. Krishna Iyer.

“In India, arrears of litigation are so terrible that justice in the Indian courts with its slow processes and appeals on appeals, revisions and reviews making justice, justices and justicing and interminable phenomenon.  Actually a patriotic legislature if it has concern for social and economic justice should take away too many appeals and revisions, one appeal being sufficient.  We have supplementally weakened the system by multiplying the numbers of judges and, new, numerous, dubious, untrained tribunals giving effect to Parkinson’s Laws, and devaluing the quality and efficient performance of the courts and curial commissions proving what the Peter Principle predicates.  More lazy ‘Lordships’ under the apology that work expands as the alibi for more robed brethren. Each such maverick appointee rises to the highest level of incompetence, as the Peter Principle prescribes.

“More judges, more arrears. More ‘Peter Principle’ elevation to higher positions, more incompetence in disposals and delayed or public justice and jejune judgments.  Court management, like any other business management, needs training courses. Our judges have none and so bungle blunder and create imbroglio.  Arrears of dockets, exasperation appeals, and avoidable procedural bloomers and listless, inexcusably leisurely hearing of arguments and wasting court time in many ways. Why no originality, why rarely innovating and inventing quick, sharp and competent disposals and learned judgments rendered promptly? Judges who do their home work can get from the bar real legal learning and high quality submissions.”

Justice Krishna Iyer He has tabulated almost all that plagues the system. The hierarchiel tiers are one too many. Finality is not easily reached. There are no inspirational nominees of quality. Element of incompetence reigns, particularly, at the level of subordinate judiciary.  The result is inevitable delay and dicey orders clogging the jurisdiction with more and more avoidable challenges.

To add to Krishna Iyer’s hypothesis, here is Chief Justice M.C. Chagla, in his Roses in December. “…to deal with the question of arrears in the High Court. To my mind the solution is very simple. See that the men you appoint are the proper ones.  Find judges with an alert and active mind. What is more important, pay the judges better, give them a better pension, and enforce better conditions of service.  The usual solution put forward is to increase the number of judges.  But if the men selected are not really competent, Parkinson’s Law will come into play. The more the judges, the greater will be the load of work”.  Great men think alike.

Jeevajyothi is not the first and last survivor facing such a trauma. The criminal justice system, specifically, is crying for transformational reforms beginning with long overdue Police reforms - as envisioned in Prakash Singh case of 1996 - itself 23 years tired. Take the case of Madam Jayalalitha/VK Sasikala -Disproportionate Assets case.  It took a quarter century since 1991 to culminate in 2016, by which time then Chief Minister had died too. Who can forget the killing of Lalit Narain Mishra, then Railway Minister on Jan, 2, 1975. Four surviving accused of over 20 were convicted on Dec, 8, 2015 - just 40 years after the date of occurrence. Should Jeevajyothi then feel good for an 18 years’ closure?

(Author is practising advocate in the Madras High Court)