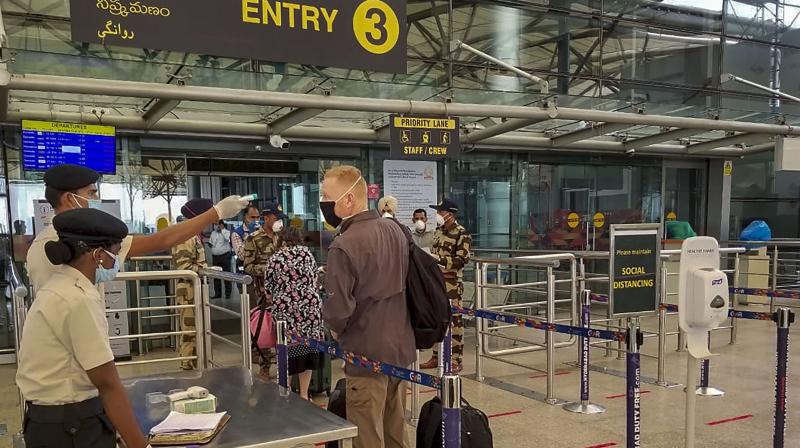 Ahmedabad: The British Airways will operate three flights from here in the next few days to take back 900 UK nationals stranded in Gujarat due to the lockdown, the Ahmedabad Airport authorities on Sunday.

The Sardar Vallabhbhai Patel International (SVPI) Airport here will facilitate operation of three relief flights of the British Airways for transporting the British nationals who are standard in Gujarat, the airport said in a release.

"It is estimated that approximately 300 passengers will board each of these flights from Ahmedabad," it said.

"Special care will be taken for the facilitation of passengers and social distancing, in line with directives of the Government of India," the release said, adding that the SVPI Airport has requested all the passengers to follow instructions of the staff on duty.

SVPI Airport Director Manoj Gangal is in constant touch with the British High Commission to ensure no inconvenience is caused to the passengers, it added