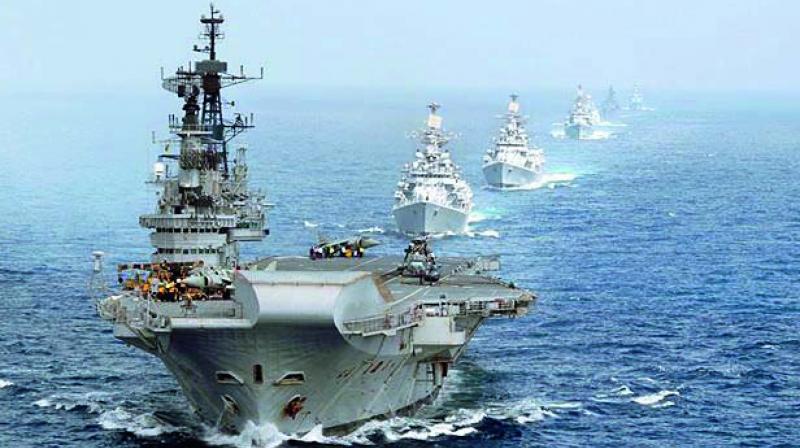 The statement signifies a progression of the Navy’s role from using data just for management purposes to facilitating self-decision-making by the combat platforms.

New Delhi: With the Indian Ocean region (IOR) becoming a top focus area for prowling submarines and other combat platforms that are inimical to Indian interests, the Indian Navy has already finalised military plans that actively incorporate big data analytics and artificial intelligence, marking the next big technological jump to buttress control over the seas.

On Friday, an Indian Navy release intimating the conclusion of the four-day-long biannual Naval Commanders’ Conference, said: “In keeping with the Navy’s ethos of harnessing niche technologies, concrete plans to incorporate Big Data Analytics and Artificial Intelligence into the Navy’s operational functioning have also been formulated.”

The statement signifies a progression of the Navy’s role from using data just for management purposes to facilitating self-decision-making by the combat platforms.

From the BDA perspective, besides the traditional roles of information storage and communications, there will be a force multiplier effect in terms of operations, interpreting and analyzing intelligence, rapid mobilization of forces, combating cyber threats which are all the more significant in the backdrop of the strong likelihood that future wars will be “short, intense and network-centric”.

Cloud computing and AI will aid the combat platforms to take decisions besides equipping the Navy to forecast and predict events based on sound data interpretation and historical incidents and events.

The move is significant in the backdrop of the government’s efforts to acquire sophisticated drones for the Navy from the United States and Israel. On other important development during the top Navy meet, the statement said that the imperative need for approval of the second indigenous aircraft carrier was underscored along with “other shipbuilding projects already underway or in the pipeline including Mine Counter Measure Vessels (MCMVs), Landing Platform Dock (LPD), Anti-Submarine Shallow Water Craft, Diving Support Vessels and Survey Vessels (which are) are expected to provide a major thrust to the ‘Make-in-India’ initiative of the Government”.

The top naval meet also held discussions with the country’s Chief Economic Advisor and the chiefs of the Army and Air Force. The next meet is likely to be held in October-November this year.