India   All India  12 May 2020  Delhi: Kejriwal seeks people's suggestion on lockdown beyond May 17
India, All India

Delhi: Kejriwal seeks people's suggestion on lockdown beyond May 17

His government will send a proposal on lockdown relaxations for Delhi to the Centre on Thursday. 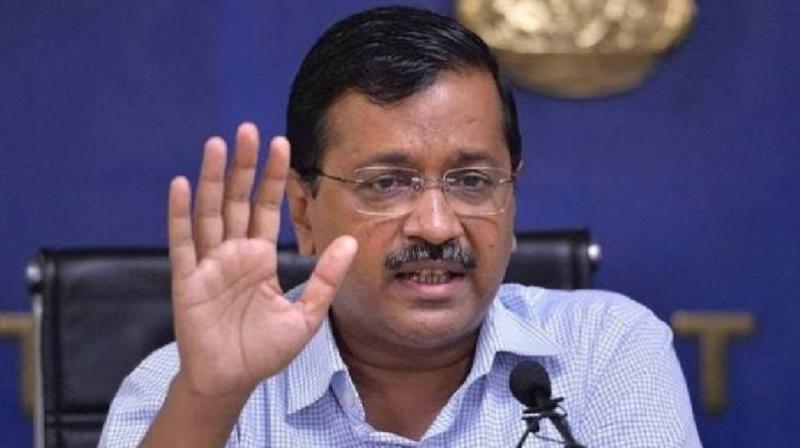 New Delhi: Chief Minister Arvind Kejriwal Tuesday sought suggestions from people on how to ease the curbs after May 17, but made it clear that lockdown cannot be lifted completely given that the city was recording a high number of coronavirus cases daily.

The chief minister said that his government will send a proposal on lockdown relaxations for Delhi to the Centre on Thursday after discussing the suggestions with experts and doctors.

People can send their suggestions by calling toll-free number 1031 or through WhatsApp number 8800007722, or by sending an e-mail to delhicm.suggestions@gmail.com by 5 pm Wednesday.

"On one hand, we will have to save ourselves from coronavirus. But on other, we will also have to maintain the health of economy, Kejriwal told an online media briefing.
"I seek suggestions from the people of Delhi. Obviously, lockdown cannot be lifted completely from the city given the spike in cases of COVID-19, he said.

Delhi recorded 13 fresh deaths due to COVID-19, the highest single-day spike in coronavirus fatalities for the city, authorities said on Tuesday. Meanwhile, the total number of cases rose by 406 to reach 7,639.

"I want to ask whether there should be relaxations in lockdown (post May 17). How much relaxations should be given and in which areas?" the chief minister sought to know from Delhiites.

He also asked whether buses, metro, taxis and auto-rickshaw should now be allowed to operate in Delhi and if schools, markets and industrial areas should be opened after May 17, when the lockdown 3.0 ends.

He said it was clear that social-distancing norms will have to be strictly followed post-May 17, and wearing masks for everyone in the city will be compulsory.
"I know that many people have been facing difficulties due to lockdown. People should send their suggestions by 5 pm on Wednesday," the CM said.

Barring COVID containment zones, economic activities should be allowed to resume in the national capital, Kejriwal had told Prime Minister Narendra Modi during a meeting with chief ministers.

During the media briefing on Tuesday, he said the Central government has asked all states to submit by May 15 their proposal on lockdown relaxations.

The Delhi government has already demanded from the Centre that all 11 districts of the city not be treated as ''red zones'' so that more economic activities are allowed, the sources said.

They said the city government wants that ''red zones'' in Delhi to be identified as per municipal wards instead of districts, they said. Recently, the Union Health Ministry classified the entire national capital, which has 11 districts, as red zone. The city has 272 wards.