India   All India  12 May 2020  Migrants from Uttar Pradesh stopped by police after 1500-km truck journey
India, All India

The workers said they believed they were not stopped at various checkpoints as police thought the vehicle was carrying vegetables. 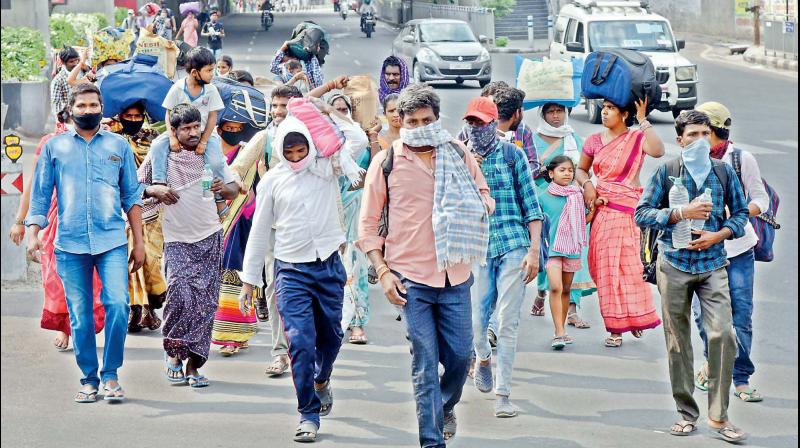 Muzaffarnagar: At least 30 migrant workers managed to travel almost 1,500 km in a truck from Maharashtra by dodging police at multiple checkpoints in the route by covering the trailer under a large plastic sheet, police said here. But they ran out of luck Monday evening here, when they were caught by the police in Khatauli town after nearly three-day of travel, they said.

Police here said that since the trailer was covered with a tripal (a large plastic sheet), it gave the impression that it was carrying vegetables. They said upon checking it was found that nine of the 30 migrant labourers were headed to Muzaffarnagar and the rest to Aligarh, also in Uttar Pradesh.

The nine workers who were going to Muzaffarnagar were stopped here for further action for violation of lockdown norms, the rest were sent to Aligarh for the administration in the district to take it further, the police said.

The workers said they believed they were not stopped at various checkpoints in the route as police thought the vehicle was carrying vegetables.