Community transmission is the third stage of a disease outbreak, where source of new infections cannot be traced to a particular individual 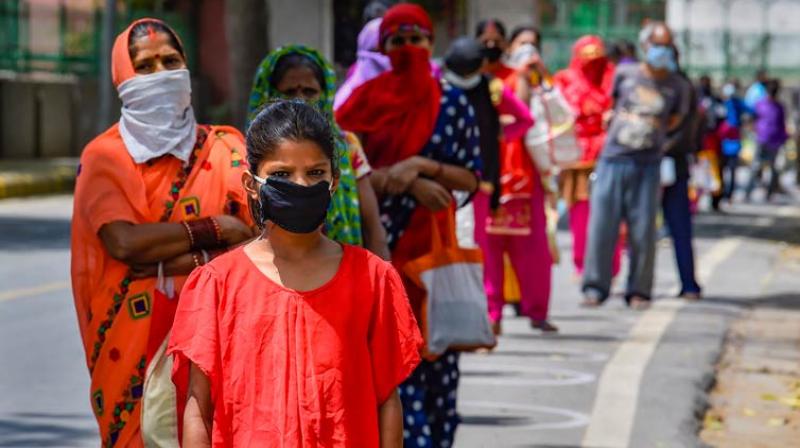 Maharashtra revealed that parts of the state, including Mumbai have witnessed community spread of the deadly disease. (PTI Photo)

Mumbai: As the country continues to battle the coronavirus outbreak, a health official of Maharashtra revealed that parts of the state, including Mumbai have witnessed community spread of the deadly disease.

State disease surveillance officer Dr Pradeep Awate said, “Community spread of Covid-19 has been noticed in many parts of the country, including Mumbai, for the last few weeks. The government has already accepted this and it is working towards curbing the same.”

Majority of the Covid-19 cases in Mumbai have emerged from the slums in Worli-Prabhadevi, Dharavi, Govandi, Kurla and Byculla. On Monday, Dharavi reported 57 new Covid-19 cases, taking the total case count to 916 in the area.

For a while now, the city’s corporation has stopped stating whether new infections have been traced to a particular patient with contact or travel history.

Mr Awate said, “When it becomes difficult to trace the source from where the patient acquired the infection, it clearly states that there is a community spread. However, the lockdown has assisted a lot to reduce the transmission rate. In the last month, the doubling rate has also slowed down. Earlier, it took two to three days for the total number of cases to double, now it takes nine to ten days. The R0 (R-naught), the number of people that each positive patient infects, is two to three,” said the state health official.

Community transmission is the third stage of a disease outbreak, where the source of new infections cannot be traced to a particular individual and a patient is believed to have caught the infection from within the community.

On the rising number of Covid-19 cases, Mr Awate said, Mumbai’s case is very different as compared to other regions in the country. It is densely populated and has a distinct socio-economic significance. He also called for an in-depth analysis of cases.

As many as 1,230 people tested coronavirus positive on Monday in Maharashtra, taking the number of such patients in the state to 23,401. The Covid-19 death toll stands at 868 after 36 people succumbed to the infection. However, 587 patients were discharged after recovery, taking the total to 4,786 till date.

Out of the total deaths, 20 were recorded in Mumbai, five in Solapur city, three in Pune, two in Thane city and one each in Amravati district, Aurangabad city, Nanded city, Ratnagiri and Wardha. Additionally, one death of an Uttar Pradesh resident was also recorded in Mumbai.