'My uncle died Covid positive. But his death was not listed as a Covid death. Why?' 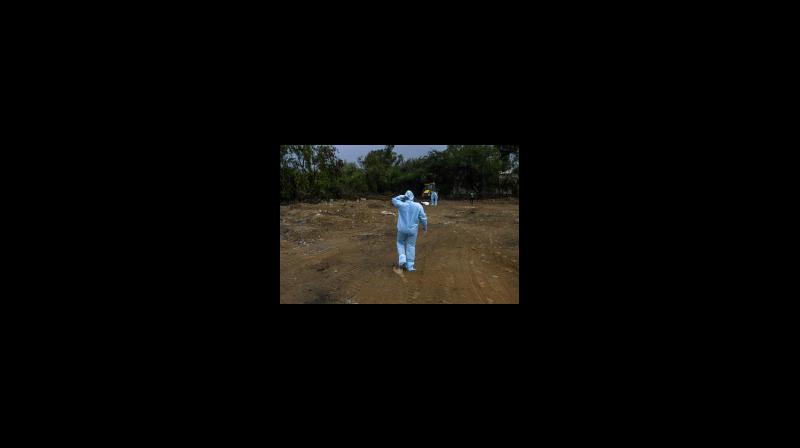 Hyderabad: The relative of a person who died of Covid-19 on Sunday has refuted the Telangana government’s claim in its official daily Covid-19 media bulletin that there were no Covid-related deaths on Sunday. The death was not reported in the bulletin issued on Monday as well.

Aditya Belde, a resident of Ziaguda, said his 51-year-old paternal uncle died of the disease at Gandhi Hospital at around 10 am Sunday. “I want to know why his death has not been reported in the official bulletin which was released much later in the day. I think the officials had enough time to update the information,” he said.

Belde took to Twitter on Monday to report the death and sought an explanation from the government on the omission of his uncle’s demise from the health department’s report on the Covid-19 situation on Sunday.

Belde’s uncle had been suffering from a heart ailment for a few years. On Thursday, May 7, his health deteriorated, so the family took him to a private hospital. There, they were asked to get him tested for Covid-19 at a government hospital.

“My relatives took my uncle to Fever Hospital the same day. He was taken inside for just around 10 minutes, after which they said he didn’t have Covid-19 and could be taken home,” he said.

The patient’s health continued to deteriorate, and on Friday evening, the family took him to a corporate hospital in Begumpet, where he was treated previously. The doctors at this hospital informed the family that the patient needed to be on a ventilator and that he should be tested for Covid-19.

Accordingly a sample was collected and sent to Gandhi Hospital. “On Saturday night, the test results came back and we found he was Covid-19 positive,” said Belde.

Almost immediately, his uncle was processed for a transfer to Gandhi Hospital. Belde was told to accompany his uncle to do the formalities there. “We reached Gandhi Hospital at around 4:30 am and it took an hour before he was admitted. I wasn’t allowed to be near him but I could observe from a distance,” he said.

He returned home after a couple of hours. At around noon on Sunday, he got a call from a policeman who told him his uncle had passed away at 10 am on Sunday. By evening, the cremation had been arranged at a local crematorium, which no family member was able to attend.

Nine members of the deceased man’s family, including Belde, were transported to an isolation facility at the Government Ayurvedic Hospital at Erragadda as they lived together as a joint family.

Their swabs have since been taken for Covid-19 tests. Belde wonders why the government did not add his uncle’s death to the official bulletin. “It is very confusing. We need some clarity on this matter,” he said.

The family is also upset that their sick relative was made to run around various hospitals for three days before he was tested positive for Covid-19.

“At Coranti (Fever Hospital) they examined him for just 10 minutes and sent him home. They didn’t even collect his samples. Had he been tested earlier, he could have been saved,” Belde said.

At the corporate hospital the doctors told them about the test result only after they had made payment for the treatment there. “We paid Rs 1.70 lakh for my uncle’s treatment. Just 15 minutes later, we were told he was Covid-19 positive. We are extremely suspicious about this, to say the least,” he said.