After an investigation, he was fined Rs 5,000 and warned him not to repeat such mistakes. 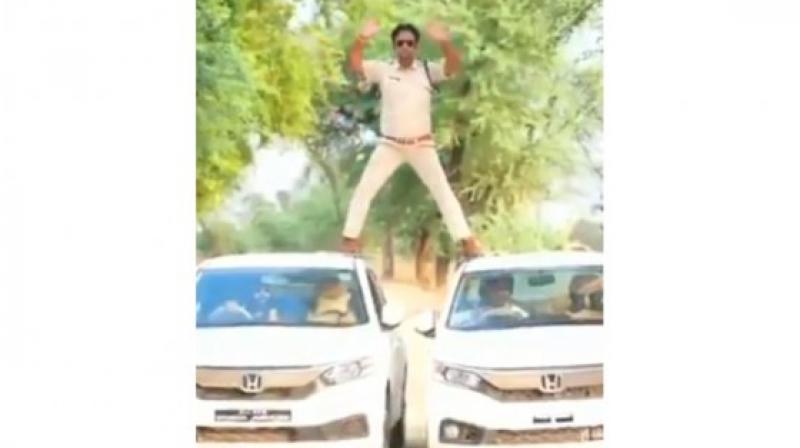 Videograb of the Singham stunt.

Damoh: A Madhya Pradesh Police sub-inspector was fined Rs 5,000 after he performed a daredevil act of balancing himself on two moving cars, copying the
famous stunt from Ajay Devgn-starrer 'Singham'.

Manoj Yadav, the in-charge of Narsinghgarh police post in Damoh district, was also warned against any such daredevilry in future, police sources said on Monday.

Sporting shades as the hero of the cop drama film and wearing his police uniform, Yadav got the entire episode videographed, they said. As the video of the stunt went viral on social media, senior police officials took serious note of it as it will send wrong signals to youngsters, the sources said.

Inspector General, Sagar range, Anil Sharma directed Damoh Superintendent of Police Hemant Chauhan to probe the matter. After an investigation, Chauhan imposed a fine of Rs 5,000 on the sub-inspector and warned him not to repeat such mistakes.