India   All India  12 May 2021  States rushing for global vaccine tenders
India, All India

The officials took the cue from the Uttar Pradesh government, ruled by BJP, which was first among the states to moot global tenders 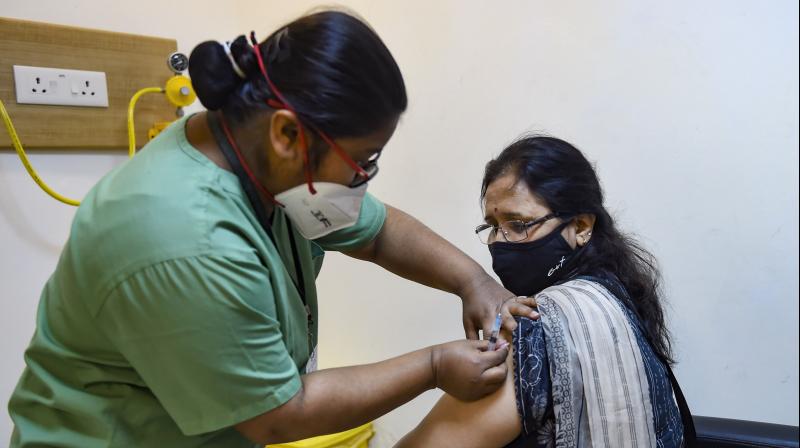 There is no clarity among the officials of both the Telugu states on whether they can import vaccines directly from the manufacturers in other countries or wait for approval from the relevant Central agencies. — Representational image/PTI

Hyderabad: State governments seem to be queuing up to float global tenders for procurement of the Covid-19 vaccine. A day after AP Chief Minister Y.S. Jagan Mohan Reddy directed officials to float global tenders for the vaccine, the Telangana state Cabinet which met here on Tuesday also took a similar decision. Chief Minister K. Chandrashekar Rao asked officials to procure the vaccine from abroad as domestic supplies are inadequate.

“The move is more political. Ignoring the fact that the production of vaccine is very less, the Opposition parties are blaming the state governments for the short supply. So we have come up with the idea of global tenders,” sources in the AP government told this correspondent.

The officials took the cue from the Uttar Pradesh government, ruled by the Bharatiya Janata Party, which was first among the states to moot global tenders. Odisha, too, announced global procurement. With the news of states attempting to procure vaccines with global tenders, several agencies were said to have approached the officials with proposals. A representative of a Paris-based vaccine manufacturer assured that it could immediately make available 38 million doses.

There is no clarity among the officials of both the Telugu states on whether they can import vaccines directly from the manufacturers in other countries or wait for approval from the relevant Central agencies. Officials are clueless on whether these vaccines should be put to some basic trials to verify their effectiveness in Indian environs.

“In the first place, we are not sure if the Centre will allow vaccines other than Covaxin, Covishield and Sputnik V,” a health official in the Telangana state government admitted. The officials, however, were planning to complete the paper work relating to the global tenders with the assistance of trained staff working in World Bank projects and expect some clarity from the Centre in the next few days.

In the meantime, the Andhra Pradesh Chief Minister urged the Prime Minister to allow manufacture of Covaxin by all those companies capable of producing vaccines, along with Bharat Biotech. At present, the Centre has allowed only Bharat Biotech to produce the vaccine though it was developed with the assistance of the Indian Council for Medical Research and the National Institute of Virology, Pune.

“You please direct Bharat Biotech to transfer technology and ICMR-NIV to provide the viral strain to whoever comes forward to produce vaccine,” Reddy said adding that the move would accelerate the vaccination programme at the earliest.