Rahul Gandhi said the Indian Army works for the country and there was no need for any political leader to make comments against Rawat. 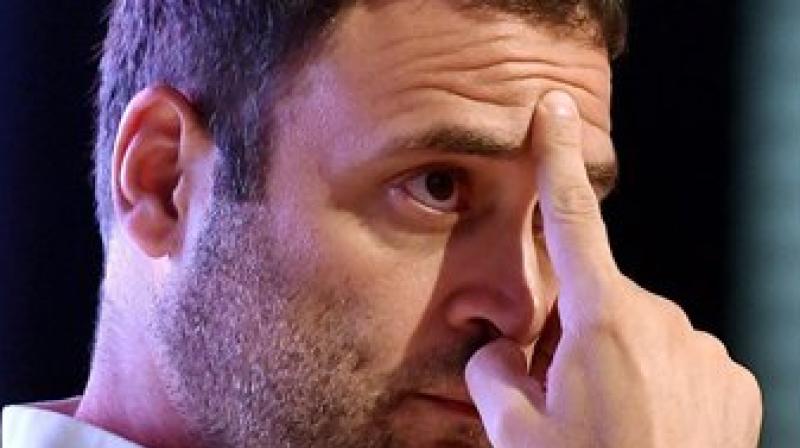 Bengaluru/New Delhi: Congress Vice-President Rahul Gandhi on Monday ticked off a party leader Sandeep Dikshit for likening Army Chief General Bipin Rawat to a "goon on the street", a remark over which the Bharatiya Janata Party demanded an apology from no less than its chief Sonia Gandhi.

Rahul Gandhi said the remark by Diskhit, an ex-Lok Sabha MP from East Delhi and son of former Delhi chief minister Sheila Diskhit, was "absolutely wrong." Dikshit had made the controversial remark on Sunday.

"Ours is not a mafia army like the Pakistani army which makes statements like the goons on the street. It looks bad when our Army chief gives a statement like a 'sadak ka goonda' (goon on the street)," he had said.

He later withdrew his remark and tweeted, "I have reservations on a comment of the Army chief, but I should have chosen appropriate words. I apologise."

The BJP, however, insisted on an apology from Sonia Gandhi.

Rahul Gandhi said the Indian Army works for the country and there was no need for any political leader to make comments against the Army chief.

"Someone from the press told me today that a Congress leader has made comments about the Army chief. This is absolutely wrong," he said, addressing a Karnataka Pradesh Congress Committee meeting in Bengaluru.

Facing flak, the Congress has already distanced itself from Dikshit's remarks, over which the BJP had demanded his expulsion from the organisation and its President Sonia Gandhi's apology.

Condemning the remark, Union minister and senior BJP leader Nirmala Sitharaman said the Congress had shown a "consistent pattern" in undermining democratic institutions and it was shocking that its leader had now targeted the Army.

"There is no sense of apology in his (Dikshit) tweets. No less than Congress president Sonia Gandhi should come out and apologise," Sitharaman told a press conference in New Delhi.

Calling Dikshit an eminent leader and well-known face, she said the Congress should disown him for trying to shame and demoralise the Army.

Referring to the 2008 Batla House encounter in which a Delhi Police officer was also killed, she said Congress leaders had then visited houses of killed terrorists. Congress functionaries had repeatedly made comments which targeted institutions, the minister said.

The Congress leadership has allowed many of its leaders to go "haywire" and there is a pattern in it, she said. "It shocks me and my party."

Even when India lost a war, this kind of name calling did not happen, she said.

Such comments by Congress leaders had become useful for India's opponents and given them leverage. "I wonder if there is a strategy of the Congress to undermine our institutions. They do so in Parliament but to do so to the Army is shocking," she said.