The 85-year-old Prahlad Jani has become a curiosity for scientists from around the world. 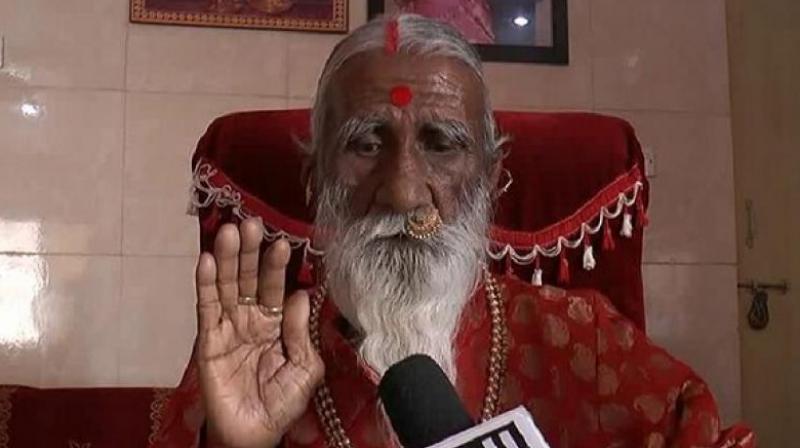 Yogi from Gujarat, Prahlad Jani, is referred to as 'Mataji' by his devotees. (Photo: ANI)

Mehsana (Gujarat): A yogi from Charod village in Gujarat’s Mehsana is known as “breatharian” – a person who lives on air by the internal community. The 85-year-old Prahlad Jani claims to have spent over seven decades of his life without food or water.

Still fit, the octogenarian, who wears red clothing and is referred as "Mataji" has aroused the curiosity of scientists from across the world who are left totally stunned by his unusual way of living.

Prahlad Jani has been subjected to various medical examinations by scientists who were intrigued by his way of living and wanted to dig deeper into the matter.

Among the many eminent scientists who carried a study on him was former President of India Dr APJ Abdul Kalam.

Tests were also conducted on the plants in his ashram, but scientists and the doctors were unable to connect the dots and explain Prahlad Jani’s way of life.

An observational study was conducted on Prahlad Jani by Defence Institute Of Physiology And Allied Sciences (DIPAS) and Defence Research and Development Organisation (DRDO) in 2010, where Jani was observed in strict isolation and under continual video monitoring for 15 days.

He was taken out for MRI, Ultrasound, X-Ray and exposure to sun under continuous video recordings. Periodic clinical, biochemical, radiological and other relevant examinations were also conducted.

The conclusion of the study was that Prahlad Jani "has some extreme form of adaptation to starvation and water restriction as evident from serum Leptin and Ghrelin levels that have been estimated."

"Mataji", who is devoted to Goddess Amba, says he meditates and that's what gives him the energy to carry on.

Disciples visit his ashram - Ambaji - from far various corners of world. They visit Prahlad Jain with their problems and he assists them without charging any fee.

One of the disciples from Chitrakut in Uttar Pradesh said, "I have heard a lot about him, and today when I visited his ashram, I experienced immense peace."

Prime Minister Narendra Modi and other influential political leaders have visited his ashram to seek his blessings.