India   All India  12 Jun 2018  Atal Bihari Vajpayee stood against Cong, yet we visited him first: Rahul Gandhi
India, All India

Atal Bihari Vajpayee stood against Cong, yet we visited him first: Rahul Gandhi 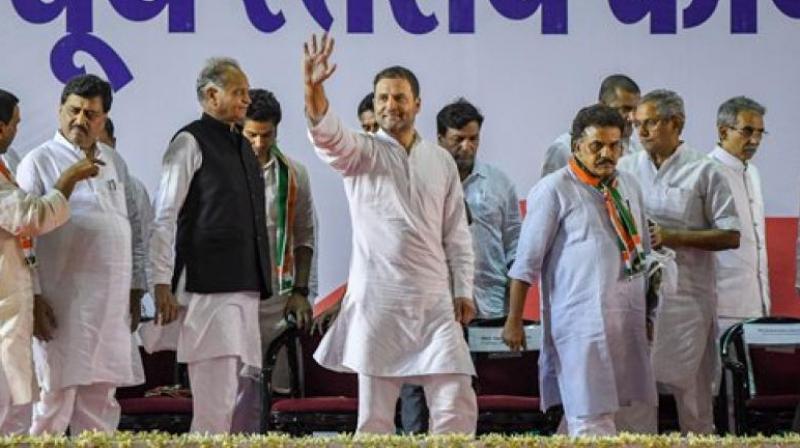 Congress President Rahul Gandhi waves as he arrives to attend a booth level meeting with his party workers, in Mumbai on Tuesday. (Photo: PTI)

Mumbai: Emphasising that the Congress has the culture to respect even the rival leaders, Rahul Gandhi on Tuesday said he was the first to visit ailing Atal Bihari Vajpayee at AIIMS in New Delhi after the former prime minister was admitted for kidney infection.

“Congress party fought against Vajpayee’s government, but when he was sick it was we who first visited him. This is the ideology of Congress party, we respect our opponents,” the Congress president told while addressing grassroot workers of his party at an event in Mumbai.

“L K Advani has been the guru of PM Modi, but I have seen in events that PM Modi does not even respect his guru. Today, I feel very sad for Advani ji. The Congress party has given him more respect than Modi Ji,” Rahul Gandhi said at the event.

Atal Bihari Vajpayee, who was Prime Minister briefly in 1996 and then from 1998 to 2004, had taken a back seat from active politics over the last decade due to deteriorating health conditions. In a statement, AIIMS said Atal Bihari Vajpayee was admitted for investigation and evaluation and that “he has been diagnosed with a urinary tract infection”.

In his speech, Rahul Gandhi also exuded confidence that Congress will defeat the BJP in the upcoming Maharashtra Assembly elections and insisted that his party with the support of the other opposition parties will be victorious in the 2019 general elections.

“They (BJP) have recently lost in Karnataka and have barely saved themselves in Gujarat, they will be wiped out in Rajasthan, MP and Chhatisgarh and Congress and other opposition parties will defeat them in the general elections of 2019,” Rahul Gandhi said.

Baluni referred to Congress leaders’ criticism of former President Pranab Mukherjee for attending an RSS event, and said the country had seen how the party treated one of its veterans. He also claimed that Congress leaders had torn to pieces clothes of its then president Sitaram Kesari and thrown him out of his office.

“The Congress president is practising the lowest form of politics. He is violating our social and political norms. He does not even seem to know the kind of politics he is doing. The country is watching how the president of the oldest political party is behaving,” Baluni said.

"Rahul Gandhi has been trying to advise BJP on how to respect senior leaders, he should first of all answer on his ill-treatment to their own senior leaders, like P V Narasimha Rao and Pranab Mukherjee," Baluni added.