There are multiple allegations of corruption against his firms, the MoD said in an order issued on Tuesday. 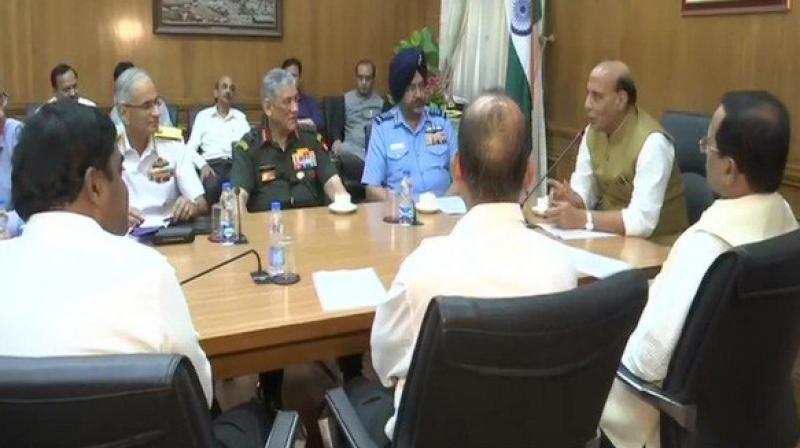 Bhandari is believed to be a close associate of Robert Vadra, the brother-in-law of Congress president Rahul Gandhi. (Photo: ANI)

New Delhi: The Ministry of Defence (MoD) has banned all transactions and dealings with fugitive arms dealer Sanjay Bhandari's firm Offset India Solutions (P) Ltd and its Group companies as well as functionaries until further orders.

There are multiple allegations of corruption against his firms, the MoD said in an order issued on Tuesday.

"In continuation of MoD ID of even number dated 02.08.2018 in the matter of suspension of Business Dealings with M/s Offset India Solutions (OIS) and its group companies, it has been decided ... to extend the period of dealings with OIS until further orders. During the period of suspension, business with the said firm will be regulated in terms of MoD guidelines for penalties in business dealing with entities dated 21.11.216."

It added, "All wings in this Ministry and Service Headquarters are requested to ensure strict compliance of the above decision." The order was signed by Under Secretary (Vigilance) B P Pant.

Bhandari is believed to be a close associate of Robert Vadra, the brother-in-law of Congress president Rahul Gandhi.

The fugitive arms dealer is wanted in India for alleged breach of foreign exchange rules and kickbacks in defence deals.

Bhandari was booked by the ED in 2016 based on an Income Tax Department and Delhi police complaint of his alleged indulgence in dubious defence deals and land deals.

In December 2017, the ED had seized assets worth Rs 26.61 crore of Bhandari and others for holding undisclosed assets abroad.

The assets included undisclosed deposits in foreign bank accounts in the UAE in the various foreign currency denominations, beneficial ownership of companies incorporated in the UAE, one flat in Palms Jumeirah, Dubai and two flats in the UK.