Rahul Gandhi appealed to party workers to be prepared to help out people affected by cyclone 'Vayu'. 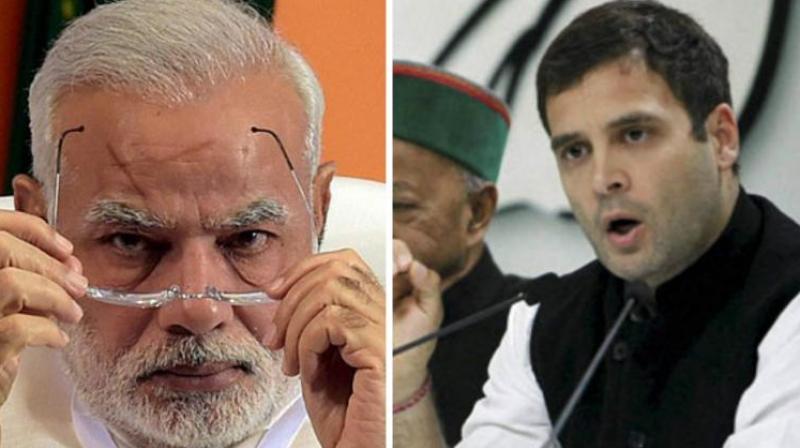 New Delhi: As Cyclone Vayu stormed Gujarat and are expected to hit others states of India, to counter the fear of Cyclone among people and to assure safety, Prime Minister Narendra Modi on Wednesday urged people to follow real-time information being provided by the Government and local agencies to stay safe.

Praying for the safety and wellbeing of all those affected by Cyclone Vayu.

The Government and local agencies are providing real-team information, which I urge those in affected areas to closely follow.

The Central Government is closely monitoring the situation due to Cyclone Vayu in Gujarat and other parts of India.

I have been constantly in touch with State Governments.

NDRF and other agencies are working round the clock to provide all possible assistance.

Also, earlier on day, Congress President Rahul Gandhi appealed to party workers to be prepared to help out people who are being affected by cyclone "Vayu".

"Cyclone Vayu is nearing the Gujarat coast. I appeal to all Congress workers to be prepared to help out in all the areas that come in the cyclone's way. I pray for the security and well-being of all the people in the areas that will be affected by the cyclone," Gandhi tweeted in Hindi.