The journalist has been identified as Amit Sharma of News 24. 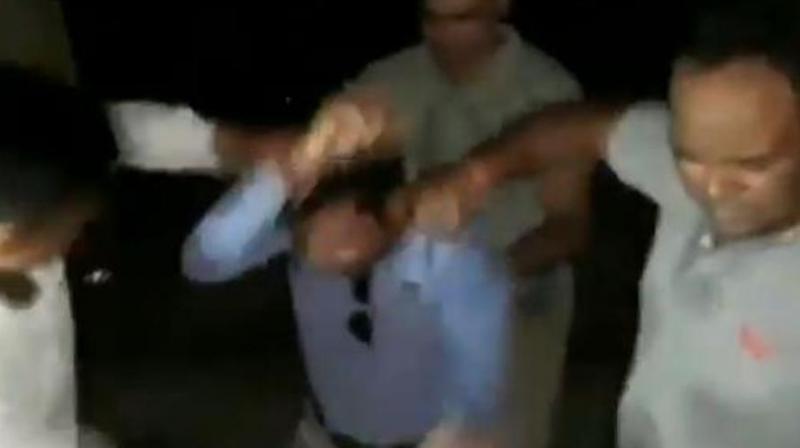 The GRP personnel who were present at the spot, abused, kicked the journalist. (Photo: Screengrab)

Shamli: On early Wednesday, Government Railway Police (GRP) personnel thrashed a journalist who was covering a train derailment near Dhimanpura.

The journalist has been identified as Amit Sharma of News 24. The GRP personnel who were present at the spot, abused, kicked the journalist.

“I was locked up, stripped and they urinated upon right into my mouth,” Sharma said.

#WATCH Shamli: GRP personnel thrash a journalist who was covering the goods train derailment near Dhimanpura tonight. He says, "They were in plain clothes. One hit my camera⁢ fell down. When I picked it up they hit&abused me. I was locked up, stripped&they urinated in my mouth" pic.twitter.com/nS4hiyFF1G

Several journalists rushed to the police station on learning about the incident. They uploaded the video of cops beating Amit Sharma on the social media.

Station House Officer Rakesh Kumar and GRP constable Sunil Kumar have been suspended and a probe has been ordered into the incident.

Later, the journalist was released.