Burns pointed fingers at China, amid India's ongoing stand with it, and called it a geopolitical challenger to India. 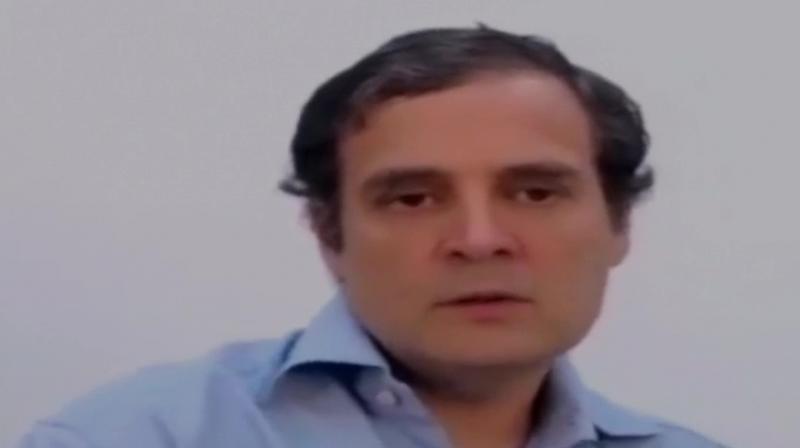 Rahul Gandhi in the video.

The Congress party on Friday released yet another video, this time featuring its leader Rahul Gandhi interacting with former US Ambassador Nicholas Burns.

In the interview, Burns pointed fingers at China, amid India's ongoing stand with it, and called it a geopolitical challenger to India.

"The challenges India and US face are from authoritarian nations like China, Russia," he told Rahul.

Burns added that the US was not looking for a conflict with China, but is waging a battle of ideas with it.

Keeping the conversation focused around China, Burns pitched for a greater partnership between the US and India, adding that both nations must combine forces to "promote human freedom, democracy, rule of people in the world".

"India, US can work together, not to fight China, but to make it observe rule of law," he said.

Rahul, in turn, opined that Indo-US relationship, which was a partnership, was becoming very transactional and episodic.

He drew comparisons on the rising internal social tensions in both nations and said, "The DNA of India, US is supposed to be tolerant, but don't see that level of tolerance now."

This was a clear reference to the ongoing protests following the death of George Floyd in the US and the continuing attacks on the minorities by fringe groups since Narendra Modi tookover as the PM in 2014.

This is not the first video interview featuring Rahul. In the past, he had spoken to industrialist Rajiv Bajaj, economist Abhijit Banerjee, and former RBI governor Raghuram Rajan.

As per media reports, through these interactions with public intellectuals, the Congress party wants to portray the Gandhi scion as someone keenly following policy issues, as well as groom him for taking over the party in the future.