Gandhi said he doesn't feel like talking about himself as the country suffers from a 'mini crisis' of sorts. 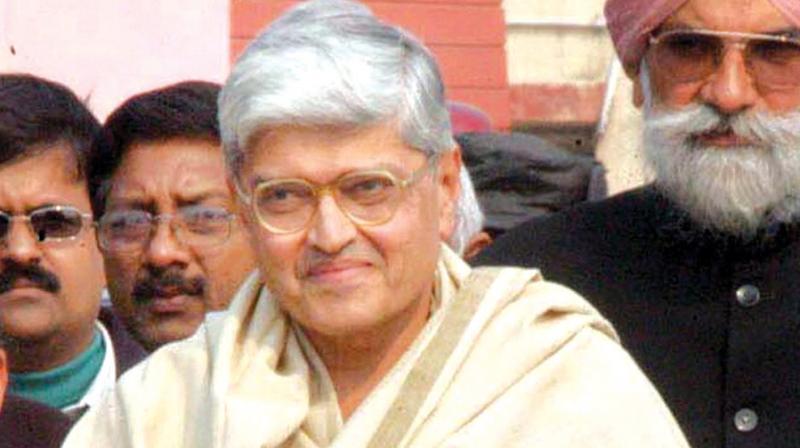 Chennai: Former West Bengal Governor Gopalkrishna Gandhi on Wednesday said he is "grateful" to the 18 opposition parties which unanimously picked him as the vice-presidential candidate and added that he is a "citizen candidate" who is worried about the future of the country.

Gandhi said he doesn't feel like talking about himself as the country suffers from a "mini crisis" of sorts.

"I want to say that I don't like to talk about myself. It is a time where there is mini crisis in India - crisis of terror, there is fear, there is an agrarian crisis in the country. So I really don't feel like talking about myself. I am grateful to the members of the 18 parties who have unanimously and without any differences of opinion asked me to be the candidate for the vice-president election. I feel honoured that they are thinking of me in this context," he said.

Emphasising on having faith in the institution of democracy, Gandhi said that terrorism and agrarian crisis are emerging as major problems for the country.

He further asserted that he see himself as a "citizen candidate," who does not belong to any political party.

"I see myself as a citizen candidate, I am an independent citizen and a very ordinary person. I am not a politician. I am a citizen candidate who is worried about the future of the country as a collective entity in this critical time, but who has faith in the institution of democracy, judiciary, and independent media," he added.

"And I would like to say to the Parliamentarians, who form the electoral college should choose the Vice-President in a view to make the Rajya Sabha a true instrument as it was in the times passed and it has been over the years - a true instrument for voicing the views and the feeling of the states of India which is called the council of the states and that is what I see the role of the Vice-President as the chairman of the Rajya Sabha to be," he added.

The Opposition earlier named Gandhi as its candidate for the post of next Vice-President of India.

The decision to name Gandhi was taken at a meeting of the joint Opposition held at New Delhi on Tuesday.

Gandhi is the grandson of Mahatma Gandhi, the Father of Nation. He was the governor of West Bengal from 2004 to 2009.