Congress distanced itself from Tharoor’s remarks and said: 'It is a stance he has taken in his own personal capacity'. 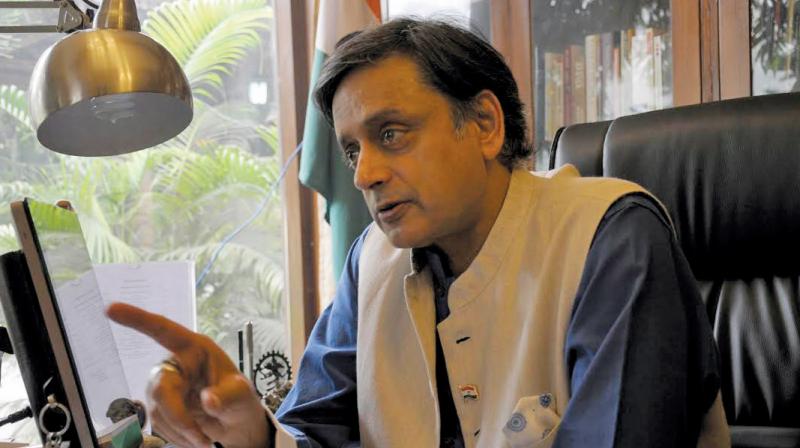 Mumbai: Even as the BJP created a huge uproar over Congress leader Shashi Tharoor’s ‘Hindu Pakistan’ remark and sought an apology, the former union minister defended his statement and said, “I don't see what exactly I need to apologise for BJP's point of view”.

The Thiruvananthapuram MP further said if the BJP is no longer interested in the concept of ‘Hindu Rashtra concept’ then it must admit that.

“I don't see what exactly I need to apologise for BJP's point of view. I'm repeating what is on record from the BJP and RSS. If they are no longer interested in the idea of Hindu Rashtra they must admit. Until they do so, how can one apologise for reflecting their point accurately,” Tharoor was quoted by news agency ANI as saying.

Addressing an event in Thiruvananthapuram on Tuesday, Tharoor had said if the BJP is re-elected in the 2019 Lok Sabha polls then rights of minorities would be trampled, making India a "Hindu Pakistan".

Meanwhile, the Congress party distanced itself from the senior leader’s remarks.

“It is not an embarrassing stance. It is a stance he has taken in his own personal capacity. The political party is very clear on where we stand on this,” Congress spokesperson Priyanka Chaturvedi said.

Earlier, BJP spokesperson Sambit Patra lashed out at Tharoor and asked Congress president Rahul Gandhi to apologise for the statements.

“Congress was responsible for the creation of Pakistan because of its ambitions yet again it has gone ahead to demean India and defame Hindus of India," Patra had added.