Banerjee's accusation came after arrests of a sister of the religious order, a woman staffer of Nirmal Hriday in Ranchi 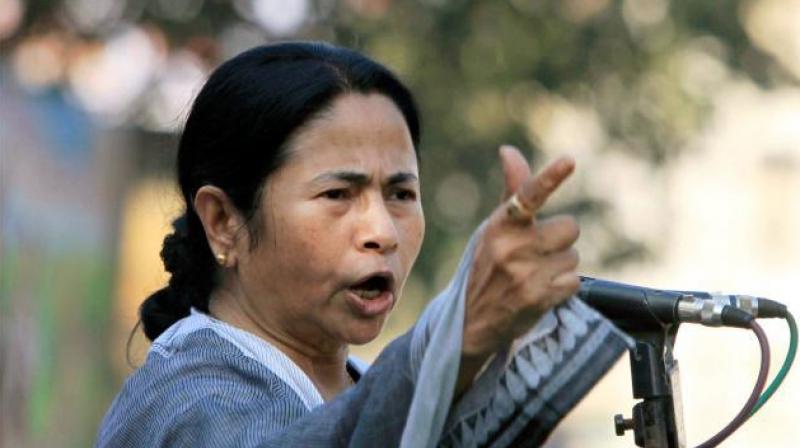 Kolkata: West Bengal Chief Minister Mamata Banerjee on Thursday accused the BJP of targeting the Mother Teresa-founded Missionaries of Charity and maligning it.

Banerjee's accusation of the BJP followed the arrests of a sister of the religious order and a woman staffer of Nirmal Hriday, a shelter home run by it, in Ranchi last week for allegedly selling a child born to a minor inmate to a couple from Uttar Pradesh.

Mother Teresa herself set up Missionaries of Charity. And now they are also not being spared. Malicious attempts to malign their name. The Sisters are being targeted. #BJP want to spare no one. Highly condemnable. Let MOC continue to do their work for the poorest of the poor

Jharkhand Chief Minister Raghubar Das has ordered a probe by the Jharkhand State Child Protection Commission into the alleged selling of a baby by the staff of the shelter home.

"Of the four children allegedly sold (by the shelter home), the third child was rescued today from Simdega. A few people have been detained for questioning in this regard," Ranchi Senior Superintendent of Police Anis Gupta earlier said. He said the search for the fourth child was on.

The chairperson of Ranchi unit of Child Welfare Committee (CWC), Rupa Verma, had filed a complaint against Nirmal Hriday staffer Anima Indwar for allegedly selling an infant boy to the couple from UP.

Nirmal Hriday provides shelter to girls rescued through the CWC.

Following this, the CWC shifted 22 children from Nirmal Hriday and Shishu Niketan, also run by the order. The shelter home was also sealed.

The Missionaries of Charity headquarters in Kolkata had issued a statement last week, saying it would take necessary action to find out the truth.

"We are shocked at such news, which totally goes against the value and ethics espoused by the Missionaries of Charity (MOC), the nuns and its founder. The MoC is looking into the allegations against the accused employees in Jharkhand with all seriousness," Sunita Kumar, a spokesperson of the foundation, had said.

Kumar had also said that the Missionaries of Charity had stopped putting up children for adoption three years ago.