India   All India  12 Jul 2018  Funeral of Indian student killed in US performed at Warangal today
India, All India

Funeral of Indian student killed in US performed at Warangal today

Sharath Koppu, 26, was fatally shot during a suspected incident of robbery at a restaurant where he worked in Kansas City. 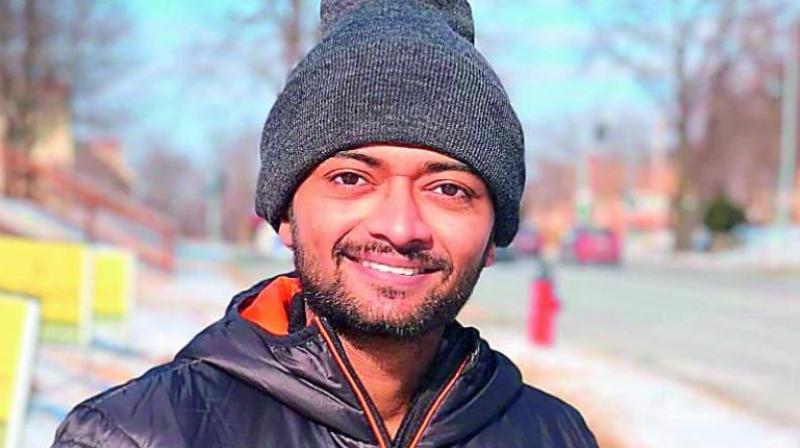 Hyderabad: The funeral of an Indian student who was killed during an attempted robbery in Kansas City in the US last week, took place at Warangal in Telangana on Thursday.

The mortal remains of Sharath Koppu arrived at the Rajiv Gandhi International airport in Hyderabad late on Wednesday night.

Former Union Minister Bandaru Dattatreya and other leaders offered tributes to the slain student at the airport. The body was taken to Sharath Koppu's residence at Kareemabad in Warangal from the airport, police sources said.

Deputy Chief Minister Kadiam Srihari and other leaders paid homage to the departed soul at Warangal.

According to authorities in Kansas, US, Sharath Koppu, 26, was fatally shot during a suspected incident of robbery at a restaurant where he worked. He died shortly after being taken to a hospital.

Kansas City police announced a USD 10,000 reward for information leading to the suspect and released a brief video of the suspect inside the restaurant moments before the shooting.