India   All India  12 Jul 2018  ISIS plan to carry out terror strikes in Delhi thwarted by security agencies
India, All India

ISIS terror plot was foiled following the arrest of an Afghan suicide bomber, who had been under surveillance of security agencies for long. 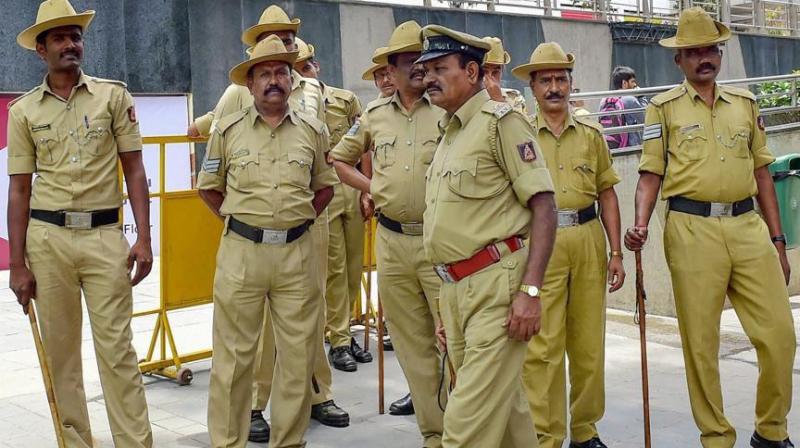 The ISIS plan to target New Delhi was detected following more than a year of surveillance in Afghanistan, Dubai and India. (Photo: PTI | Representational)

New Delhi: A plan hatched by ISIS to carry out terror strikes in New Delhi was thwarted by security agencies after infiltrating a module of the dreaded terror group, officials said on Wednesday.

The ISIS terror plot was foiled following the arrest of an Afghan suicide bomber, who had been under the surveillance of security agencies for long, in late 2017.

The counter-intelligence operation included an Indian "plant" supplying the ISIS operative with explosives - without triggers - and even arranging for his accommodation in the capital's Lajpat Nagar, an official said.

The Afghan ISIS operative, who enrolled himself in an engineering college on Delhi's outskirts, was flown to Afghanistan days after his arrest and is said to be now under the custody of the US military in Afghanistan.

He had also helped the US military in its fight against the Taliban in Afghanistan, the official said.

The ISIS plan to target New Delhi was detected following more than a year of surveillance in Afghanistan, Dubai and India. It was found that a group of 12 ISIS operatives were being sent to different parts of the world after training in Pakistan to carry out bomb attacks.

The Indian operative was the one who located the Lajpat Nagar safehouse for the Afghan, though initially a third-floor apartment was arranged, this was later changed to a ground-floor apartment, the official said.

The Afghan national had done recce of his possible targets such as the Delhi Airport, Ansal Plaza mall, a Vasant Kunj mall as well as the South Extension market.