India   All India  12 Jul 2018  UK lawmaker wanted problem between India, Bangladesh, we sent him back: MEA
India, All India

UK lawmaker wanted problem between India, Bangladesh, we sent him back: MEA

MEA said Lord Carlile's intended activity in India was incompatible with purpose of his visit as mentioned in his visa application. 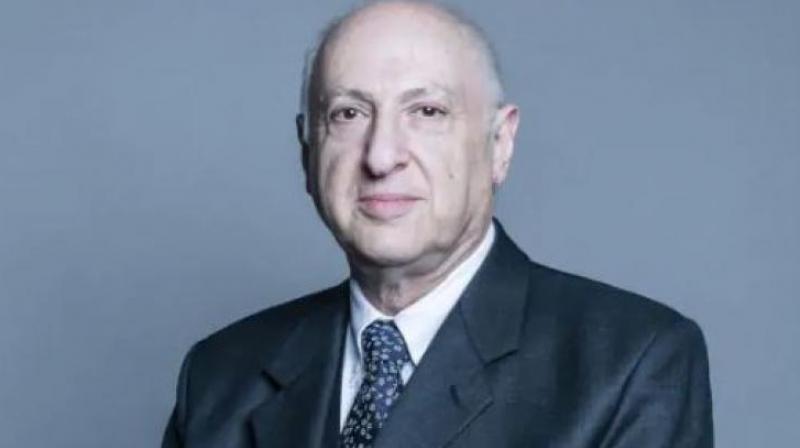 New Delhi: Giving reasons for denying entry into India to Lord Alexander Carlile, the Ministry of External Affairs (MEA) on Thursday said that Carlile's intention for India visit was under a question mark.

Carlile is a British Parliamentarian and the lawyer for Bangladesh opposition leader Khaleda Zia from Bangladesh Nationalist Party. He was scheduled to hold a press conference in New Delhi on July 12.

MEA spokesperson Raveesh Kumar said Carlile had mentioned "Business" as the purpose for his visit to India while applying for visa, but it was later found that he was coming here to hold a press conference.

"He arrived last night. He is a British lawyer. He did not have a valid visa or an appropriate visa, which means what you filled in visa application form you are not doing that. He applied for a Business Visa. What kind of business is this? Does a Business Visa constitute coming and addressing a press conference? His intended activity in India was incompatible with the purpose of his visit as mentioned in his visa application. It was, therefore, decided to deny him entry into India. The right to grant visa is the sole prerogative of a country," Kumar said.

The official added that the motivation behind the visit was clear. "He was trying to create some kind of problem between India and Bangladesh governments. And he was also trying to create a misunderstanding between the Indian government and the opposition parties in Bangladesh. You (Carlile) are using Indian soil. What you wanted to say here you could have done from London. There is a bit of suspicion. The intention itself is doubtful. If coming to India then you should respect the law of the land," Kumar added.

He further said that Carlile was informed in advance about his visa denial yet he came to India. "He carried a return boarding pass for a flight after two hours," Kumar said.

In his statement from London, Carlile said he wants an explanation from the Indian government for denying him entry.

"Yesterday whilst in mid-air I was refused entry to India. The Indian government knew perfectly well why I was coming to give this briefing and to meet the Commonwealth Human Rights initiative. This is no way to treat a 70-year-old senior lawyer and Parliamentarian. I am outraged by the political interference in Begum Khaleda Zia's case on political grounds on two governments. And I expect a full explanation from the Indian government. I have the visa they granted me a few days ago. There will be a further briefing in London in few day's time," Carlile said in a statement.

"When I landed at Delhi airport, Indian authorities did not provide me with a valid reason to deny entry in India. I have no connection with any political party. The MEA's statement regarding my deportation was totally untrue," Carlile said in a press conference over Skype following his deportation.

He said that India should be ashamed to "supinely" agree to the Bangladesh government's "intolerable pressure".

Carlile was earlier also denied entry into Dhaka by the Bangladesh government. "Since I did not get the permission to come to Dhaka, I wanted to hold the press conference in India in order explain the complexities of Khaleda Zia's case to the international media community," Carlile told Bangladeshi newspaper Dhaka Tribune.

Meanwhile, Carlile's proposed speech for his New Delhi press conference was out in public. The speech talked mainly about Khaleda Zia's case.