You are superman, but do nothing? SC raps L-G on Delhi garbage

SC expressed strong displeasure over L-G office failing in duty to dispose off garbage and not taking effective steps to handle it. 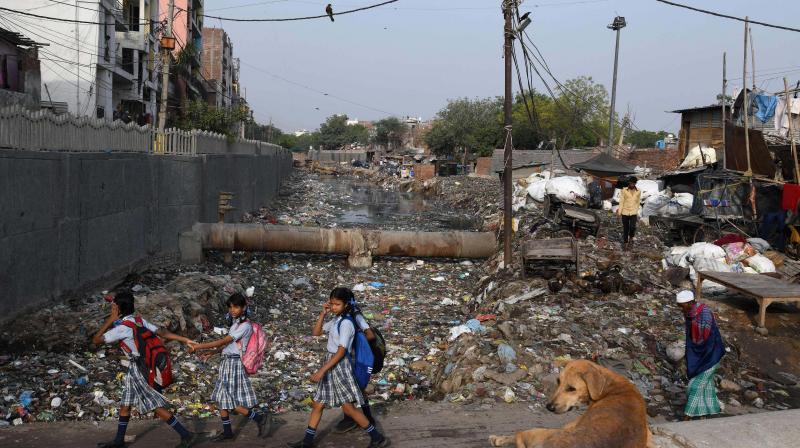 Mumbai: The Supreme Court on Thursday slammed Delhi Lieutenant Governor Anil Baijal over the issue of garbage disposal in the national capital and said though the L-G claims power over the municipal corporations, effective measures have not been taken yet.

"You (L-G) say, I have the power. I am a superman. But you don’t do anything," the apex court told Baijal after it was brought to the notice of the court that no one from his office attended the last three meetings to discuss ways to clean up Delhi's three landfill sites situated at Ghazipur, Bhalaswa and Okhla.

The Supreme Court expressed strong displeasure over the L-G office failing in duty to dispose off garbage and not taking effective steps to handle it.

The court’s reprimand comes a day after it asked the Centre and the Delhi government to clarify who could be held responsible for clearing the "mountain loads of garbage" in the national capital -- those reporting to L-G or to Chief Minister Arvind Kejriwal.

The apex court, in March this year, had said that the day is not far when garbage mounds at the Ghazipur landfill will match the height of 73-metre-high Qutab Minar and red beacon lights will have to be used to ward off aircraft flying over it.

The remarks came days after the apex court, in its verdict on the power tussle between the L-G and the Aam Aadmi Party (AAP) government, said that the L-G has no independent power to make decisions and is bound by the elected government's aid and advice.