He also said that the Uddhav Thackeray-led alliance government consisting of Shiv Sena, NCP and Congress is doing fine 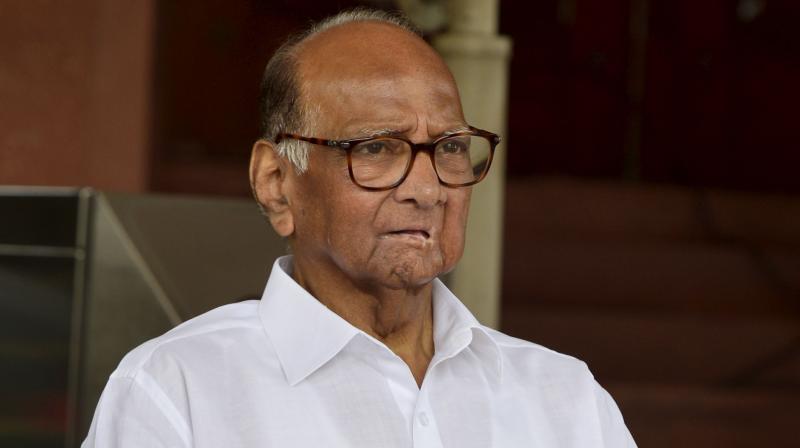 He also said that the Uddhav Thackeray-led alliance government  consisting of Shiv Sena, NCP and Congress is doing fine. “Though there are different ideologies, all are firmly behind the CM and there is clarity on the future path to be taken,” he said.

In a freewheeling interview to Shiv Sena MP Sanjay Raut, who is also the executive editor of the party’s mouthpiece Saamana, Mr Pawar said, “In a democracy, no politician should take voters for granted by taking a stand that ‘I will come back to power’… People don’t tolerate if a leader thinks that he will live in power eternally. Even prominent leaders like Indira Gandhi, Atal Bihari Vajpayee, who enjoyed tremendous support of the masses, were defeated. This means that the common man in the country is wiser than the politicians. When he sees that we are crossing the line, he teaches us a lesson.”

The NCP chief’s jibe was aimed particularly at the BJP’s former CM Devendra Fadnavis, who vowed “Me Punha Yein” (I will come back to power) during the Vidhan Sabha polls last year. Mr Pawar also ridiculed the BJP saying that without Shiv Sena’s support, the saffron party would have been reduced to 40-50 seats.

“Shiv Sena had a major contribution in taking BJP’s tally to 105 seats. If you minus Sena from it, they would have been languishing at 40 or 50. But then BJP decided to take Sena also for granted,” he said.

In the first of the three-part interview published in Saamana on Saturday, Mr Pawar denied that he is either the “remote control” or the “headmaster” of the Maharashtra Vikas Aghadi government amid buzz that he has been directing Mr Thackeray from behind the curtains.

“I am neither… In a democracy, governments or administration do not function with remote control. It functions where there is no democracy,” he said.

This is the first time Saamana has interviewed a leader from some other party.