India   All India  12 Jul 2020  Virtual lockdown in Jammu and Kashmir likely after spurt in COVID-19 cases
India, All India 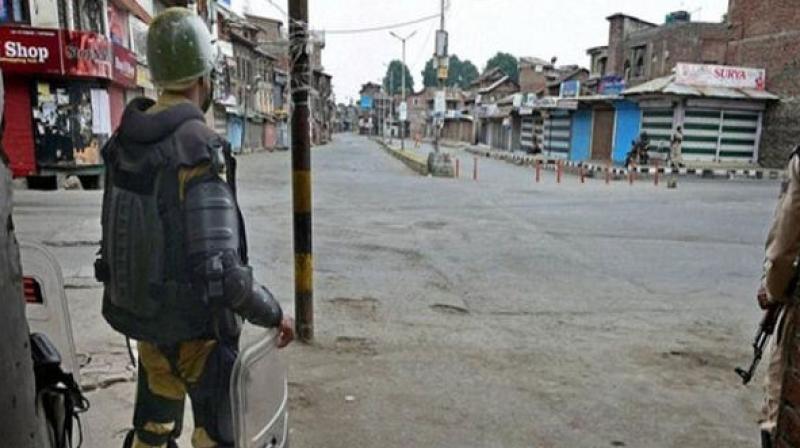 Virtual lockdown is likely to be re-imposed sagaciously across Kashmir Valley and parts of Jammu region as the COVID-19 cases surged rapidly in the Union Territory (UT) over the past couple of weeks.

The authorities in Kupwara and Rajouri have already restricted the movement of people by enforcing Section 144 CrPC to prohibit assemblies of four or more individuals and also imposing certain curbs on trade activities to stem the spread of Coronovirus after fresh cases surfaced in the frontier districts.

The official sources said that ten more people died of the virus-three in Kashmir Valley and one in Jammu region-on Saturday, raising the toll to 169 in the UT. Also with 268 more persons testing positive, J&K’s COVID-19 tally has reached 10, 156. However, about six thousand patients have already recovered, the sources said. Srinagar has recorded the maximum number of 42 deaths followed by Baramulla district with 32 fatalities.

In view of the “grim” situation, many doctors and other medical experts have urged the government to re-impose lockdown across the Valley and parts of Jammu which too have reported a sharp increase in the COVID-19 cases. They have, at the same time, appealed to the general public to take all necessary precautions including wearing face masks, using sanitizers and maintaining social distance to fend off the danger. Their pleas have been endorsed by various religious, social and political organisations and civil society groups.

Some trade bodies on Thursday publicly pledged they will cooperate with the administrations if it decides to impose lockdown-like curbs again to check Coronavirus spread in the Valley. “The number of deaths due to COVID-19 and that of the positive cases are on increase. The situation appears to be alarming and we feel there is a need for re-imposing lockdown to save lives. If Government decides to do it, we will fully support the move,” said president of Kashmir Traders and Manufactures Federation, Muhammad Yasin Khan, who also heads Kashmir Economic Alliance, an amalgam of the Valley’s trade bodies.

Kashmir’s Divisional Commissioner, Pandurang K. Pole, acknowledged the administration has received requests from various quarters including doctors and other sections of the society for re-imposing lockdown in the Valley. But he said that the final call will be taken by the government soon after into consideration its pros and cons.

He said in an interview, “Yes, demands are coming from various sections of the society including doctors, paramedics, some traders and other sections who want that the lockdown be re-imposed. The final call will be taken by the competent authority soon. So far the government has not taken any decision over the issue.”