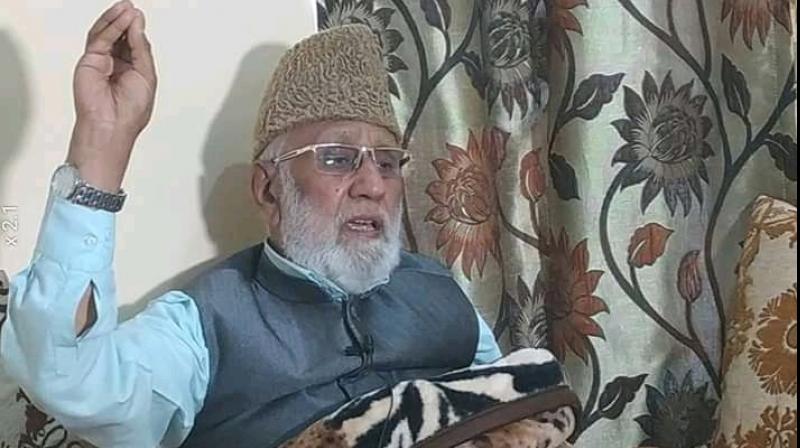 Srinagar: Separatist Hurriyat leader Ashraf Sehrai and some members of the banned Jamaat-e-Islami have been detained and are likely to be booked under the stringent Public Safety Act, Jammu and Kashmir police chief Dilbagh Singh said on Sunday.

Sehrai is chairperson of the pro-Pakistan Tehreek-e-Hurriyat,

Besides him, about a dozen other members of the Jamaat-e-Islami have been taken into custody, Singh said.

Sehrai had taken over from Geelani and was representing the Tehreek-e-Hurriyat at All Party Hurriyat Conference, a conglomerate of 26 separatist parties.

This faction of the Hurriyat is different from the one led by Mirwaiz Umer Farooq, who has favoured dialogue as a means to end the violence in Jammu and Kashmir.

Sehrai's son, Junaid Sehrai, a divisional commander of the Hizbul Mujahideen, was killed in an encounter in the city's Nawakadal area in May this year.