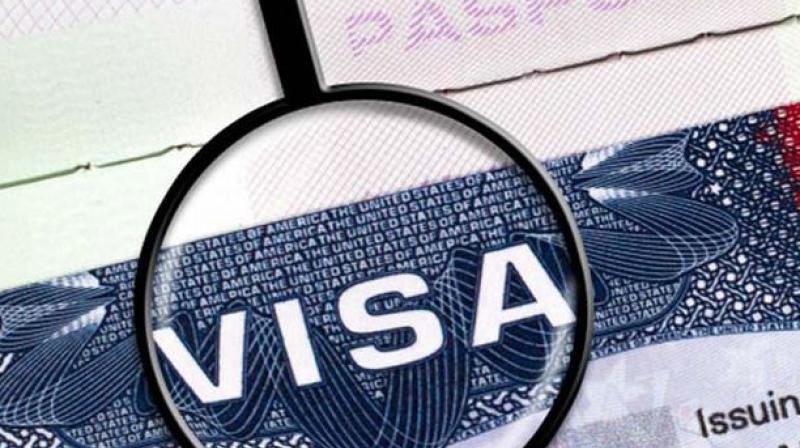 New Delhi: Fear of deportation in the middle of a global crisis, unpaid loans, rising risk of COVID-19 infection, dropping out a semester and the possibility of never being able to return to campus are among the concerns of Indian students in the US after announcement of the new visa regulations.

In a move that is expected to adversely impact thousands of Indian students, the US immigration authority has announced that foreign students will have to leave the country or risk deportation if their universities switch to online-only classes in this fall semester due to the coronavirus pandemic.

India's Foreign Secretary Harsh Vardhan Shringla also raised the issue with US Under Secretary of State for Political Affairs David Hale during an online meeting earlier this week stating there is a need to keep in mind the role of educational exchanges and people-to-people relations between the two countries as they played a key role in development of the overall ties.

However, the students continue to be gripped with anxiety waiting for further updates.

"This will be a big blow to students who came to the US with long term plans. I stayed back in the country when the campuses shut in view of the COVID-19 pandemic. I did not want to travel as well as different time zones would have made it miserable to attend online classes. But suddenly my stay here is now legally invalid," Shobhna Mukherjee, a student at Duke University told PTI.

A student at University of Illionis in Chicago, who refused to be identified said, "Nobody saw this coming. I was shocked to hear this, something which was not imagined in the wildest of our dreams. When one moves to a country it is never a short plan, it has been thought through before. With this, the plan I had in mind for the next five years will also go for a toss. It is a situation where I don't know what to fear about more -- disease or deportation."

"I arrived in Boston in January only. Right now my university is deciding to conduct classes in hybrid mode, which may be changed to completely online if the coronavirus cases rise further. What happens then? Will my stay here turn illegal?," Kosha Thakur, an Indian student in Boston, said.

Vatsala Thapar, who is pursuing a degree in Computer Science at University of South California, came back to India in March when the university suspended on-campus classes.

"Threatening to deport students while they are already living in the middle of a global crisis shows their hostility towards non-citizens. Many of those students do not have the means to travel back to their home countries and some stayed back only to secure their visa status. How does their staying in the US while studying at an American university and contributing to their economy affect anyone else?" Thapar said in a social media post.

Pallav Upadhyay, an Indian student in Atlanta said, "For universities operating in a hybrid system and holding some classes in person, international students who are enrolled in those are allowed back into the US. "

"However, if the status of those classes changes at any point, which is likely if cases rise on campus, we would be sent back. Alternately, if we choose to pursue classes online and the university switches to in-person teaching, we are expected to travel back to the US to preserve our student visas," he said.

According to a recent report of the Student and Exchange Visitor Program (SEVP), there were 1,94,556 Indian students enrolled in various academic institutions of the US in January this year. Of these 1,26,132 were males and 68,405 were females.

Universities in the US were forced to shift classes online in mid-March in the wake of the coronavirus pandemic. The country is the hardest hit by the pandemic with more than 3.3 million confirmed cases and 137,403 deaths.