It was found that fatigue, weakness and sleeplessness were reported not only in serious cases but also in mild cases 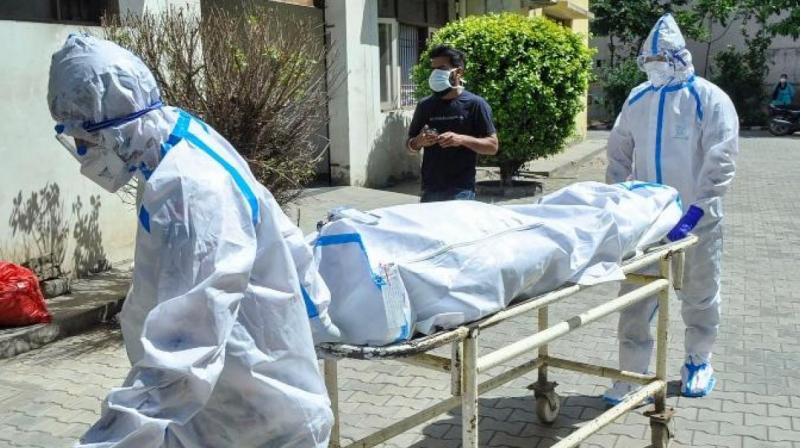 The survey conducted among 5,000 people and 2,038 infected patients revealed that they had to visit hospitals again for post-Covid symptoms. (PTI)

HYDERABAD: An estimated one crore people in India are suffering from post-Covid or long Covid symptoms, according to a random online survey carried out by the Asian Institute of Gastroenterology (AIG).

The survey conducted among 5,000 people and 2,038 infected patients revealed that they had to visit hospitals again for post-Covid symptoms. There are 41.8 percent patients who complained of persistent symptoms like fatigue (64.15 percent), body pain (31 percent) and gastrointestinal symptoms (25 percent). It was found that fatigue, weakness and sleeplessness were reported not only in serious cases but also in mild cases. According to the data collected, 51 percent of them who had mild disease had also developed post-Covid syndrome or long Covid.

The most common complaints noted were breathlessness while talking and walking and oxygen saturation levels were low requiring to keep oxygen cylinders at home. These patients developed lung fibrosis and the initial symptoms were often missed by them and also the treating physicians.

Dr D Nageshwar Reddy, chairman of Asian Institute of Gastroenterology Hospitals says, "The post-Covid syndrome or long Covid cases were initially missed as people were confused. There was also confusion among general physicians where these cases were first presented. After treating post-Covid patients, we have formed a multi-speciality team and started a clinic especially for Covid care. There will be a multi-disciplinary team of doctors who will be treating these patients."

In the cases handled at the AIG, it has been noted that there are people coming back with blockages in the arteries, inflammation of heart, and reports of heart attacks after four weeks. There are young patients in the age group of 30 to 45 years who are reporting to hospitals with heart problems.

There are also problems noted in the neurological system where there is loss of neurons leading to memory loss, stroke and psychiatric problems.

In the gastro-intestinal tract, it has been noted that there are problems in the gut microbe where the bacteroides are coming down and that needs to be replaced.

The reasons for these problems are yet to be understood. The study by the AIG showed that there was usage of steroids in 74 percent of hospitalised patients and 34 percent required oxygen.

Dr Reddy says, "There is a correlation between irrational use of steroids and post Covid complications. Those who have been treated with steroids have a higher chance of post-Covid syndrome. We need to check on the use of steroids and which category of patients will require it. Since it is a new disease and there is emerging data, there will be constant changes."

The post-Covid syndrome is expected to be in more people as the data is from recovered three crore infected people, according to the government.

But there are many who have not reported Covid cases coming to hospitals which means that it is going to be another case of an iceberg phenomenon.