Dhruv, who was arrested for negligent driving, was later released on personal bond. 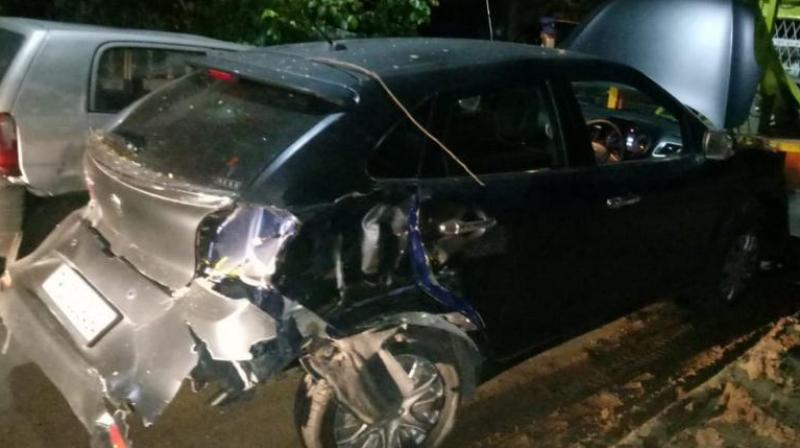 The incident took place on the TTK Road at around 3:50 am. (Photo: Twitter | ANI)

Chennai: Tamil film actor Vikram's son Dhruv was arrested after a car allegedly driven by him rammed into a parked autorickshaw here, injuring its driver, early on Sunday, police said.

He was released on his personal bond later, police said.

A case had been registered for rash, negligent driving and causing hurt by act endangering life of others.

The incident took place on the TTK Road at around 3:50 am.

The autoricksaw had been damaged severely, a police official told news agency PTI.

When asked how the accident occurred, police said further investigations were on.