Ten agricultural labourers were swept away while they were trying to cross a causeway across the river at Vavdi village. 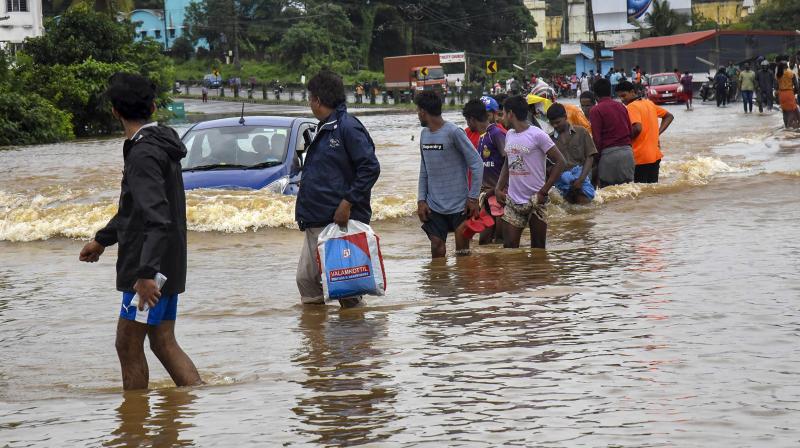 Gujarat: Eight bodies swept away by rivers in Surendranagar, Jamanagar and Rajkot, were recovered on Sunday. The rain-related incidents in the state have claimed 27 lives.

The district collector of Surendranagar, K Rajesh said that the bodies of six out of the seven people who went missing while crossing a causeway across Falku river in Surendranagar on Saturday, were recovered on Sunday.

“We are using drones to locate the person who is still missing. The expanse of Falku river is wide and an NDRF team is still searching for him,” Rajesh said.

The water level in Falku river had increased on Sunday. Ten agricultural labourers were swept away while they were trying to cross a causeway across the river at Vavdi village. Three of them have been rescued.

Two children drowned after they jumped in a river in Sanosara village in Manavadar taluka of Junagadh district to have a swim on Sunday morning. They have been identified as Kuldip Rathva (9) and Nilam Rathva (13), residents of Kavant taluka in Chhota Udepur district.

While rains have lessened in most parts of the state on Sunday, central Gujarat, Saurashtra and Kutch regions witnessed heavy rains on Friday and Saturday. In the last 24 hours (till 8 am Sunday), Nakhatrana taluka in Kutch district received 321 mm rainfall, Tankara in Morbi district received 268 mm rain and Dhrangadhra taluka in Surendranagar recorded 209 mm downpour, according to data available with the state emergency operation centre.

Indian Meteorological Department in Ahmedabad said. “Fishermen are advised not to venture into the sea as squally weather is likely to prevail along and off the Gujarat coast on Sunday and Monday due to active monsoon conditions.”