Shot in the Jim Corbett National Park, the special episode will be showcased in 180 countries around the world. 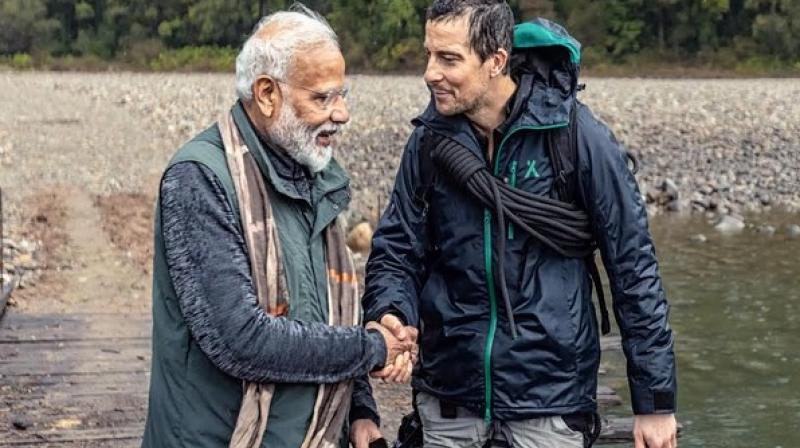 New Delhi: The special episode of the adventurous show Man vs Wild featuring Prime Minister Narendra Modi with its host Bear Grylls will be broadcasted on Monday at 9 pm on Discovery channel.

Shot in the Jim Corbett National Park, the special episode will be showcased in 180 countries around the world.

Elated about the association, the Prime Minister had said that he was both intrigued and inclined to take part in the show. The show would be a frank and freewheeling journey that would throw light on wildlife conservation, highlighting issues related to environmental change.

The Prime Minister had said that he took this as an opportunity to showcase India's rich flora and fauna and to emphasise on environmental conservation.

Modi and host Grylls would also be seen building a raft to cross a jungle river together.

Speaking to ANI, adventure junkie Grylls had said that the Prime Minister, as a world leader, is calm in a crisis, as he braved all odds, including inclement weather, as they embarked on their journey through Jim Corbett National Park in Uttarakhand.

Grylls had termed it a "privilege" to be taking Modi on an adventure into the Indian wilderness. "I feel truly honoured to get to spend time with this remarkable world leader. The wild reminds us that we need each other and that together we are stronger. I am so excited to spend time with the Prime Minister and to get to know the man who leads this great nation," he said.