A portion of the Mumbai-Bengaluru NH-4 was also submerged under the floodwaters, forcing authorities to close it for traffic. 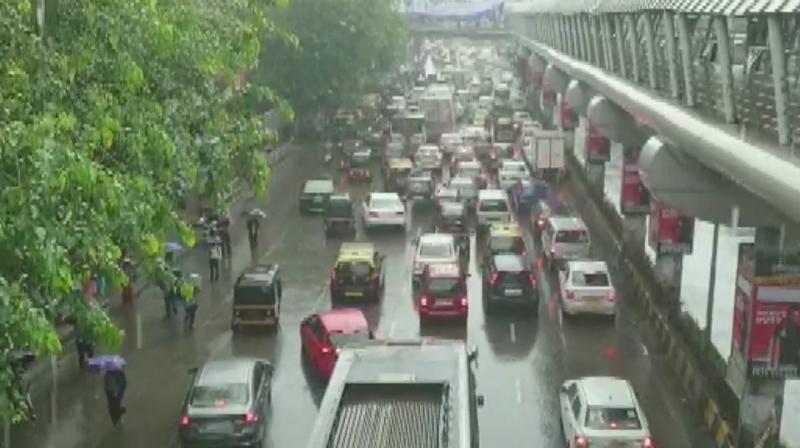 Kolhapur: The Mumbai-Bengaluru National Highway No. 4, that was closed near Kolhapur in Maharashtra for last six days, was partially opened for traffic on Monday after the floodwaters receded, an official said.

Thousands of trucks carrying essential commodities were stranded since last week on the flood-hit highway, which is a vital road link between Maharashtra and Karnataka.

Traffic movement was allowed on Monday morning between Kolhapur and Belgaum in Karnataka through one lane on either side of Shiroli bridge on the six-lane busy NH-4, Kolhapur's Superintendent of Police Abhinav Deshmukh told PTI.

"Initially, the highway has been opened for heavy vehicles, specially those carrying essential commodities like food grains, fuel, medicines and milk," he said.

"A portion of the highway is still submerged up to 1.5 feet under the floodwaters, but we decided to allow heavy vehicles to ply as Kolhapur city has been struggling to get the essential commodities," he added.

Unprecedented rains in western Maharashtra in the last week caused flooding in several areas, with Kolhapur and Sangli districts being the worst hit.

A portion of the Mumbai-Bengaluru NH-4 was also submerged under the floodwaters, forcing authorities to close it for traffic the first time last week.

Meanwhile, Deshmukh dismissed rumours doing the rounds of social media that cracks developed on the highway's bridge located on the Panchganga river.

"We have inspected the spot and it is not a crack but an expansion gap. Still, the National Highway Authority of India (NHAI) will carry out a structural audit before full-fledged resumption of traffic on the highway," he said.

The NCP also sent a team of 50 doctors to provide medical assistance in the flood-affected areas and undertake measures to prevent the breakout of an epidemic.