'The victim is being made the accused. The Air India staff misbehaved with me,' Congress MLA said. 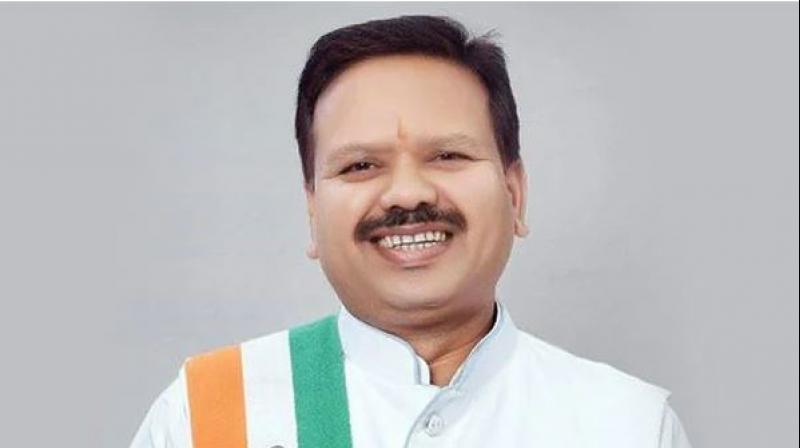 The state-run airline said it will initiate further action once the findings of the probe are known, even as the ruling party MLA, Vinod Chandrakar, denied the charges of misconduct and claimed that in fact it was he who was the victim in the entire episode. (Photo: Twitter)

Mumbai: Air India said on Wednesday that it has taken the incident of a Chhattisgarh Congress lawmaker allegedly misbehaving with a female staff at Raipur Airport "seriously" and has ordered a detailed investigation.

The state-run airline said it will initiate further action once the findings of the probe are known, even as the ruling party MLA, Vinod Chandrakar, denied the charges of misconduct and claimed that in fact it was he who was the victim in the entire episode.

According to a report by news agency Press Trust of India, Chandrakar, the Congress MLA from Mahasamund in Chhattisgarh, allegedly started "shouting" and "abusing" the female employee, working with Air India's regional subsidiary Alliance Air, at the Raipur Airport on the evening of September 7, after he arrived late for a flight and subsequently missed it.

"The matter has come to our notice. The Air India management has taken it seriously and ordered a detailed enquiry. After the enquiry report (is received), further action will be taken up," Air India spokesperson Dhananjay Kumar said in a statement.

Chandrakar was scheduled to travel to Ranchi from Raipur by Alliance Air flight 91-728, but was denied boarding by the female staffer as he arrived late at the airport, said a source, according to news agency PTI.

"After departure of the flight, the passenger (the MLA) came to the check-in area and started shouting at the top of his voice...He used abusive language and even hurled abuses on the female staff in public. He started saying he is a Congress MLA", the source told news agency Press Trust of India.

"The MLA then spoke to the airport manager from her mobile and even refused to give it back to her," the source told PTI.

"The female staff was later escorted by the CISF and another staff through the back gate, following which she had to walk about 2 kilometres in the night," the source told PTI.

However, the Congress MLA vehemently denied the allegations and challenged Air India to prove them. "I am the complainant in this incident. It is being wrongly presented," the MLA said, as reported by Press Trust of India.

"The victim is being made the accused. The Air India staff misbehaved with me and now they are trying to save their skin by making me an accused," he told PTI over the phone.

Narrating the sequence of events, the Congress MLA said he was at the receiving end in the matter and threatened to file a defamation suit against Air India. "I challenge them to prove their allegations. They can check CCTV footage to find out who misbehaved," he said.

"Meanwhile, one of my friends was in contact with the Air India staff (the female employee) requesting her that our baggage was being checked twice and she should wait for a few minute as there was time (for take-off)," he said.

"Subsequently, they did not allow us to board," Chandrakar said, according to his version of the sequence of events.

"I asked the female staff to arrange another flight or refund our money as it was their fault. She then gave her phone to me, saying she can not do anything and I should talk to her superior," the MLA said.

"Then, I called CMD (Chairman & Managing Director) of Air India Ashwani Lohani, who asked me to send a complaint which I sent on WhatsApp," the MLA said.

Chandrakar said he will file a defamation suit against the Air India management.