Kathua: 3 suspected militants arrested with arms and ammunition in truck

The truck was on its way to Kashmir from Bamyal area of Punjab. 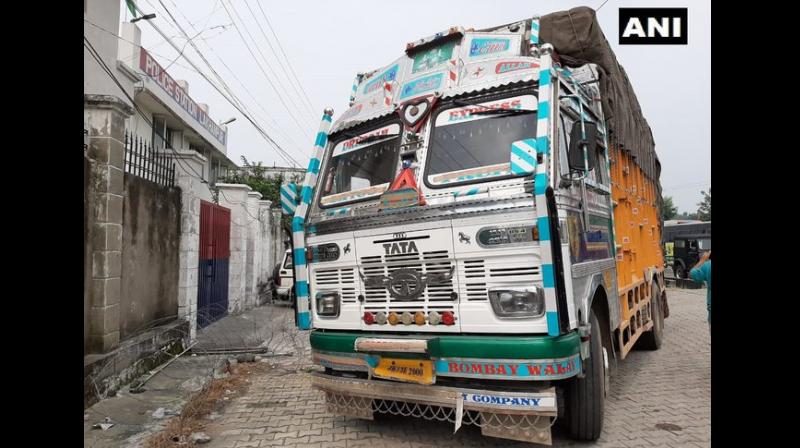 Jammu: Three people suspected to be militants were arrested with six weapons in Kathua district of Jammu and Kashmir on Thursday, a senior police officer said.

A truck was intercepted at 8.00 am on the Jammu-Pathankot Highway and during checking six AK-47 rifles were seized, Inspector General of Police, Jammu, Makesh Singh told PTI.

The truck was on its way to Kashmir from Bamyal area of Punjab, he said.

Further search of the vehicle is underway, the IGP said, adding that the three arrested people, who hail from Kashmir, are being questioned.

It is believed that either of these suspected militants infiltrated from across the International Border via Bamyal border in Pathankot with the help of over-ground workers to the Kashmir Valley, they said.

SSP Kathua: A truck carrying arms and ammunition has been recovered in Kathua, more details are awaited. #JammuAndKashmir https://t.co/LRfKQi3c3P pic.twitter.com/nvVTi2AcPg

The arms and ammunition which were recovered included four AK-56 rifles, two AK-47 rifles, six magazines and 180 rounds of ammunition besides 11,000 rupees in cash.

The police said they were transporting the arms to distub the peace in the valley.

The SSP, reportedly said that these arms were transported to arm the JeM modules in Kashmir.

It is believed that either of these suspected  militants crossed the international border with the help of ground workers.

Meanwhile the Punjab police has rushed a team of state special operation cell (SSOC) to Kathua to join the investigation.