'We will keep trying that judgement of ICJ is fully implemented,' MEA said on consular access being denied for Kulbhushan Jadhav. 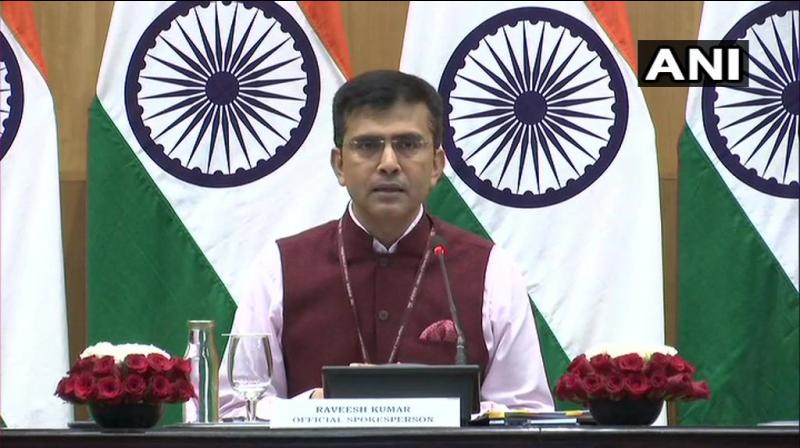 New Delhi: Ministry of Foreign Affairs spokesperson Raveesh Kumar on Thursday spoke to the media on a number of pressing issues. Beginning with Pakistan's decision to not give India consular access to Kulbhushan Jadhav for the second time, he said, "We will keep trying that judgement of ICJ is fully implemented. We would like to remain in touch with the Pakistani side through diplomatic channels."

He also said that Pakistan did not also agree to initial number which India proposed, as the number of people who should be allowed to visit Kartarpur Sahib, citing constraints on the infrastructure side. He said that the Indian side urged Pakistan to show some flexibility.

Talking about India's rebuttal to Pakistani rhetoric on the Kashmir issue, Kumar said, "At United Nations Human Rights Council (UNHRC), our delegation put forth our stand. We responded to Pakistan's lies and distorted statement. Global community is aware of Pakistan's role in aiding terrorist infrastructure in their country."

"Quite audacious on part of Pakistan, which is epicenter of terrorism to pretend to speak on behalf of global community on human rights. This is very rich. They need to understand repeating a lie doesn't turn it into gospel truth,which came out during session," Raveesh Kumar added.

He also said, "There is no shortage of medicines in the state. 95 pc of healthcare professionals are on duty. Banking facilities operating normally. 92 pc of J&K has no restrictions."