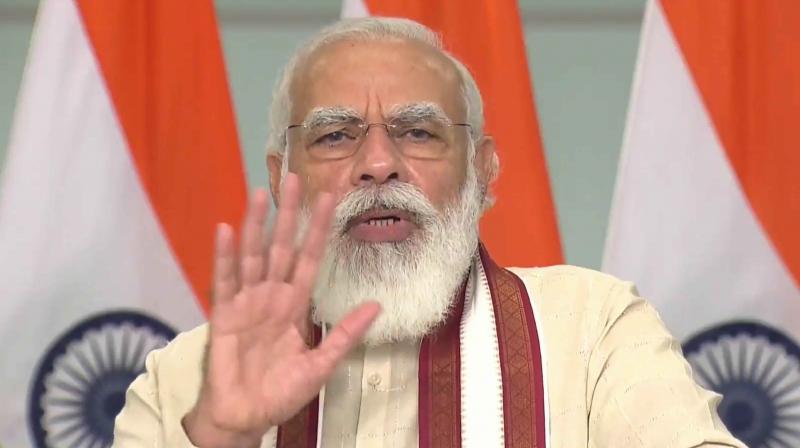 Delhi: Across the BJP echelons, Union ministers, chief ministers, parliamentarians and local leaders are in a digital scramble to achieve a humongous target: Reaching out to people to shoot and share, “voluntarily”, at least one million ‘happy birthday’ selfie videos for Prime Minister Narendra Modi.

With just one week to go for September 17, the BJP IT cell is frantically coordinating the digital drive, ensuring that the birthday wishes pour in like an avalanche, with the hashtag #HappyBirthdayModiji where not only will citizens greet him but also reflect on how his leadership has changed India, how it has helped them and how hopeful they are about the future — the country’s as well as their own.

The million videos will have to showcase unity in diversity — people across the demographic stretch and divides of religion, caste, region, location, social and educational range, age, gender, language – and the IT cell expects people to send their messages in different languages but with the same message: Everyone loves Modi ji.

The drive is getting a good early traction, with several celebrities having been roped in. “We are overwhelmed but not surprised with the outburst of love from people across the country and several countries globally.”

A BJP senior leader refuted the suggestion that it was being done at the behest of the party or the top leadership’s desire. “Neither has this idea come from the top nor is there any pressure on anyone to muster these videos. In fact, it is going to be a total surprise for our beloved Prime Minister, who does not even know this is happening. This is just a collective love finding expression.”

The IT cell has taken great care to ensure there is minimum digital proof of the ‘drive’ itself, with no written messages or emails about it. Most of the messaging is done through calls on WhatsApp or Signal.

But, as the leader said, Modi does not care or even remember his birthday and unlike the Congress hates to allow it to let either sycophancy or ostentation mark it. “Modi ji is only focussed on fighting against COVID-19, making sure we are strong against China, and putting our economy back on the right track. We are doing our bit to remind him how much we love him,” he added.