India   All India  12 Sep 2020  With an eye on China, IAF seeks land in Uttarakhand for military facilities
India, All India

With an eye on China, IAF seeks land in Uttarakhand for military facilities

Uttarakhand is a state bordering China and Nepal 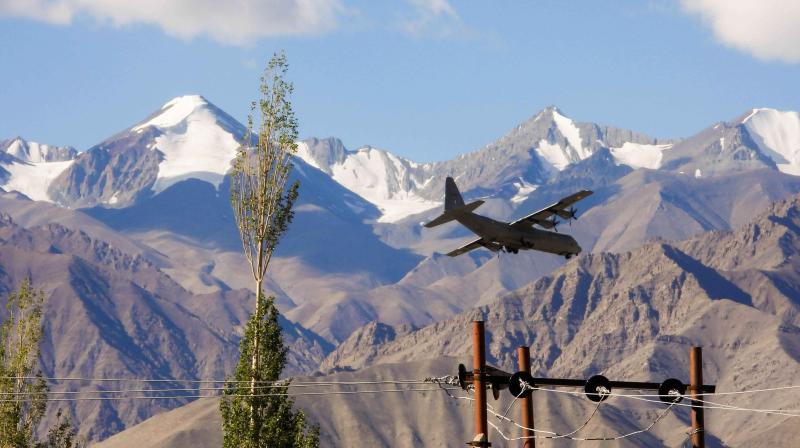 Dehradun: Amid the ongoing standoff with China along the LAC, Central Air Command chief, Air Marshal Rajesh Kumar met Uttarakhand Chief Minister Trivendra Singh Rawat to seek land for setting up facilities that will help the IAF carry out its activities in the border areas.

The Air Officer Commanding-in-Chief (AOC-in-C), Central Air Command, during his meeting with Rawat on Friday also discussed the availability of land for installing air defence radars and advance landing ground in the hilly areas of the state due to their strategic significance, an official release said.

Uttarakhand shares its borders with China and Nepal.

Setting up facilities like air defence radars and an advance landing ground in Uttarakhand's hilly districts of Chamoli, Pitgoragarh and Uttarkashi will be of great help to the air force as they are in the country's northeast, the AOC-in-C said.

The Air Marshal also requested for expansion of Pantnagar, Jollygrant and Pitgoragarh airports besides seeking allocation of land for an airport in Chaukhutiya.

The chief minister said land will be made available to the IAF on priority basis to conduct its activities and immediately ordered appointment of a nodal officer in the administration to identify suitable land for the purpose.

Rawat apprised the AOC-in-C about the steps being taken by the state government to develop Pantnagar airport as a green field airport and upgrade facilities at the Jollygrant airport to international standards.