The woman, who reportedly is in her early twenties, also said she belongs to a very poor family. 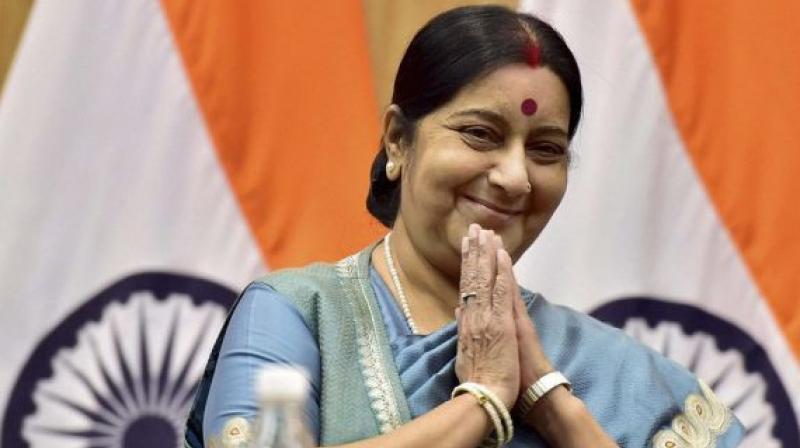 New Delhi: External affairs minister Sushma Swaraj has ordered the Indian embassy in Saudi Arabia to save an unknown young Indian woman from Punjab who was seen pleading in a video, asking AAP MP from Sangrur Bhagwant Mann to save her from torture by her employers in Saudi Arabia. The woman was seen breaking down and crying in between her pleas.

According to media reports, the woman is trapped in the Saudi city of Dawadmi and accused her employers of confining her to a room without food for days and of beating her up. She also reportedly said she has children in India and that her mother is ill and needs to undergo an operation. The woman also apparently warned people from Punjab not to work in Saudi Arabia due to the exploitation there and said the Saudi police did not help her at all and, in fact, threatened her and forced her to go back to the same house where she was confined. The woman, who reportedly is in her early twenties, also said she belongs to a very poor family.

“Javed — please reach her at the earliest,” she tweeted to Indian ambassador in Saudi Arabia Ahmed Javed. The Indian embassy promptly respo-nded on Twitter, “Yes Ma’am, we will help her out in all possible ways.”

But it’s not just Indians who are benefiting from Ms Swaraj’s help. The minister ordered help for a Russian man, Evangelin, on Monday evening after he was found begging in Kancheepuram, Tamil Nadu, as his ATM pin had reportedly got locked. “Evangelin — Your country Russia is our time-tested friend. My officials in Chennai will provide you all help,” the minister tweeted.

On Tuesday night, the minister also ordered grant of visa to a one-year-old Pakistani girl-child for open heart surgery in India.

“Ma’am @SushmaSwaraj this is humble request to approve our pending medical visa request of my 1year daughter for her open heart surgery,” Pakistani woman Hira Shiraz tweeted. “We are giving visa for the open heart surgery of your one year old daughter Shireen Shiraz in India,” Ms. Swaraj replied.