Officials said this is the first time that the teams were fanned in the NCR regions too. Earlier, they used to be deployed only in Delhi. 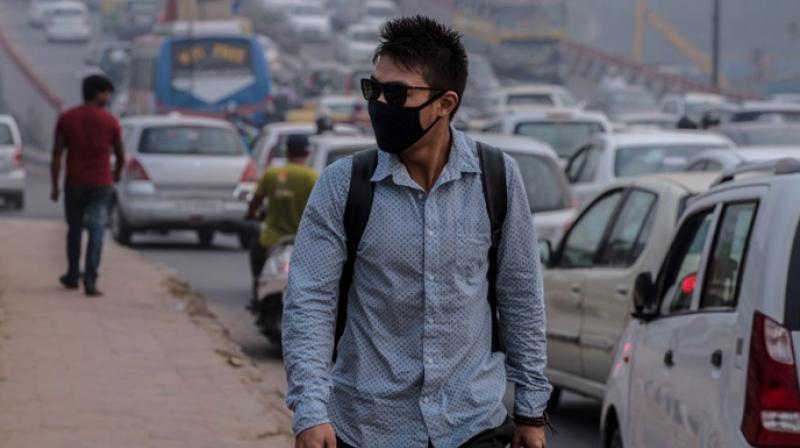 GRAP has an advisory for each category of air pollution — emergency, severe, very poor, poor, and moderate. (Photo: AFP/Representational)

New Delhi:  Ahead of the winter season when the national capital’s air quality is likely to deteriorate, over 550 air pollution violations have been recorded from September 15 till now by 41 teams constituted by the CPCB to do field inspections in Delhi-NCR. Out of the total 554 violations, at least 287 were in Delhi; 61 in Noida; 39 in Ghaziabad; 135 in Faridabad; and 32 in Gurgaon.

The Central Pollution Control Board (CPCB) had constituted the 41 teams in an effort to control air pollution in the region with ground-level reporting and actions.

A total of 96 inspections have been conducted since September 15 and CPCB officials said that such inspections would be intensified in the coming days. Each team, comprising of two senior CPCB officials, goes to the field and reports any violation on their Sameer app, following which the concerned agency is requested to take action.

Officials said this is the first time that the teams were fanned in the NCR regions too. Earlier, they used to be deployed only in Delhi.

The teams have been formed to monitor pollution levels in the city, which reaches dangerous proportions as the winter season approaches.

Meanwhile, the graded response action plan (GRAP), which was implemented in Delhi last year to combat different levels of pollution, will come into force from October 15.

GRAP has an advisory for each category of air pollution — emergency, severe, very poor, poor, and moderate.

Measures under GRAP, such as the closing of the Badarpur Power Plant, were taken in October last year when the air pollution levels hit the ‘severe’ category.