The process for filing nominations for the Padma Awards was made online in 2016 with help of a simple, accessible and secure online platform. 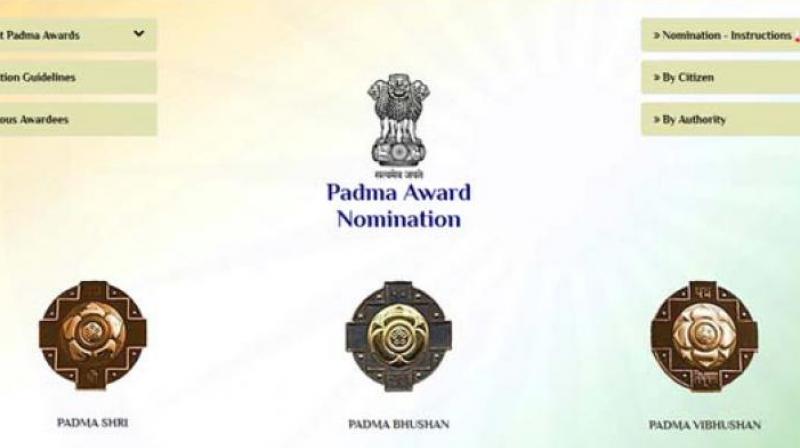 The process for filing nominations for the Padma Awards was made online in 2016 with help of a simple, accessible and secure online platform.

Officials claimed that the Padma Awards have now been converted into a “People’s Awards’’ in the real sense as even common people also can now nominate unsung heroes for the prestigious awards like Padma Vibhushan, Padma Bhushan and Padma Shri.

The process for filing nominations for the Padma Awards was made online in 2016 with help of a simple, accessible and secure online platform. The mechanism was put in place to encourage ordinary citizens to participate in large numbers and submit their nominations for the unsung heroes.

Officials claimed that the technological intervention that has made the nomination process accessible to the people has resulted in a transformation due to which a record number of nominations had been received.

The Padma Awards will be announced on the occasion of Republic Day, 2019. The process for filing nominations  stated May 1 this year and the last date for the same was September 15, 2018.

In addition to common people sending their nominations, names for the awards were also invited from Central Ministries and Departments, State Government and Union Territories, Bharat Ratna and Padma Vibhushan awardees, institutes of excellence as also from several other sources to enable broad based consideration. The government has now allowed even self-nomination for the Padma Awards now.