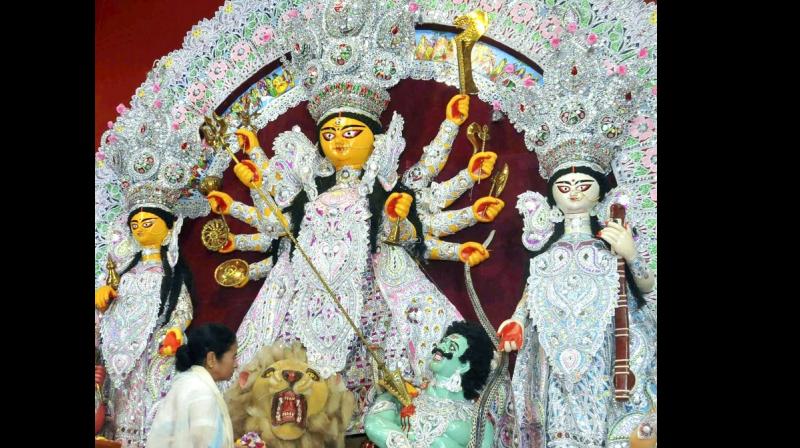 On September 10, Mamata Banerjee had declared that Rs 10,000 would be given to each of the 28,000 puja committees across the state. (Photo: PTI)

New Delhi: The Supreme Court on Friday refused to stay the decision of the West Bengal government to grant Rs 28 crore to 28,000 Durga puja committees across the state.

A bench of Justices Madan B Lokur and Deepak Gupta, however, issued notice to the state government on a plea challenging the decision to grant Rs 10,000 each to 28,000 Durga Puja committees, and sought its reply within six weeks.

Senior advocate Kapil Sibal, appearing for the state government, said the money has not been directly paid to puja committees and has been given through the state police.

The apex court was hearing a petition filed by advocate Sourav Dutta, challenging the Mamata Banerjee government's decision to dole out Rs 28 crore to puja committees in the state for Durga Puja celebrations.

The Calcutta High Court had on October 10 refused to interfere with the state government's decision to grant the amount to puja committees in the state.

The plea said the state government was indulging in practices which were against principles of secularism, which are part of the basic structure of the Constitution.