India   All India  12 Oct 2019  ‘Priests with poorna-kumbam not acknowledged by President’
India, All India

‘Priests with poorna-kumbam not acknowledged by President’

Disappointment writ large on their faces, the priests left the place carrying back their undelivered offering. 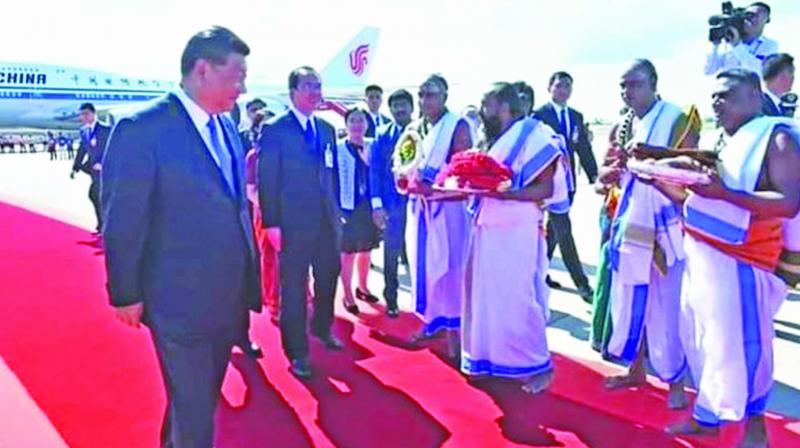 Chennai: “Ivargalai kandukollavey illai”, commented a twitterati about the predicament faced by these temple priests waiting by the red carpet with poorna-kumbam to welcome Chinese President Xi Jinping when he arrived at the old Chennai airport from Beijing on Friday afternoon.

The traditional ritual was to be part of an elaborate welcome that included a grand spectacle of music and dance to greet Xi on the tarmac before he boarded his special car for the drive to ITC Grand Chola at nearby Guindy.

The Chinese President stood briefly in front of each performing group in warm appreciation but when he moved on towards his waiting car, the priests' group got left out for his precious acknowledgement. It appeared that the Chinese official interpreting the events for his leader forgot about the priests and their poorna-kumbam; or perhaps he thought it was a bit too complicated to explain to the boss.

Disappointment writ large on their faces, the priests left the place carrying back their undelivered offering.