According to him, the people of over a dozen villages in Rajura tehsil were terrified and it was affecting agricultural work 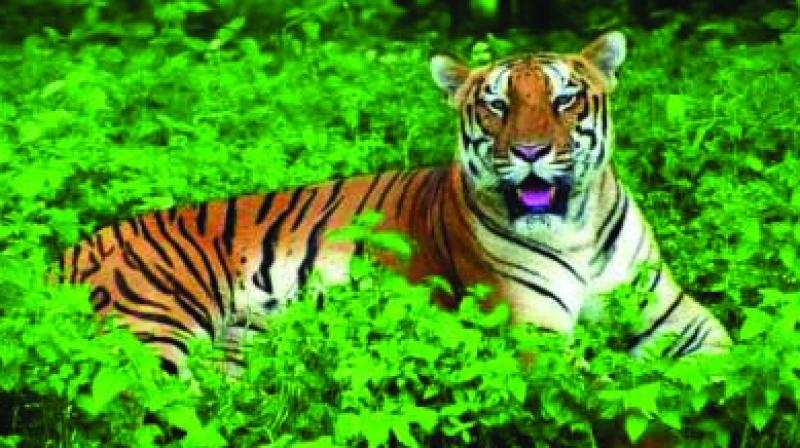 Congress MP Suresh Dhanorkar said that around 11 people had been attacked by the tiger. Of these, eight were dead, two persons are very serious and one has injuries.

Mumbai: Congress MP Suresh Dhanorkar from Chandrapur in Maharashtra has asked forest officials in the region to shoot dead a tiger that is believed to have killed eight persons and some 25 heads of cattle since January last year.

Speaking with The Asian Age on Sunday, Dhanorkar, who is the sole Congress MP from the state, said that around 11 people had been attacked by the tiger. Of these, eight were dead, two persons are very serious and one has injuries.

The MP said that he had held meetings with Chief Conservator of Forests NR Praveen and spoken over phone with state forest minister Sanjay Rathod about the trouble making tiger, officially called RT-1.

According to him, the people of over a dozen villages in Rajura tehsil, part of Central Chanda forest division, were terrified and it was affecting agricultural work.

Meanwhile, Praveen told this paper that he did not receive any letter from the MP in this regard. The Asian Age has tried to contact the forest minister Sanjay Rathod but his number was not reachable for his reaction.

Officials of the Forest department said that the teams, with over 150 personnel armed with camera traps and other equipment, had been formed in Wirur, Rajura and Kothari ranges under Central Chanda division deputy conservator of forest Arvind Mundhe to capture the big cat. However, they have not got any success as yet.

The officials said that B.S. Hooda, Principal Chief Conservator of Forest (PCCF), Nagpur, had visited Rajura tehsil recently and directed staff to capture the tiger as soon as possible.

As per forest department data, the tiger killed one person in Khambada on January 18 last year, then another one on November 25 and December 25 in the same year, followed by kills on January 4, March 6, August 18, September 25 and October in 2020.