Airfares likely to go up from December 1

The price of tickets will go up depending on the number of seats in that particular flight. 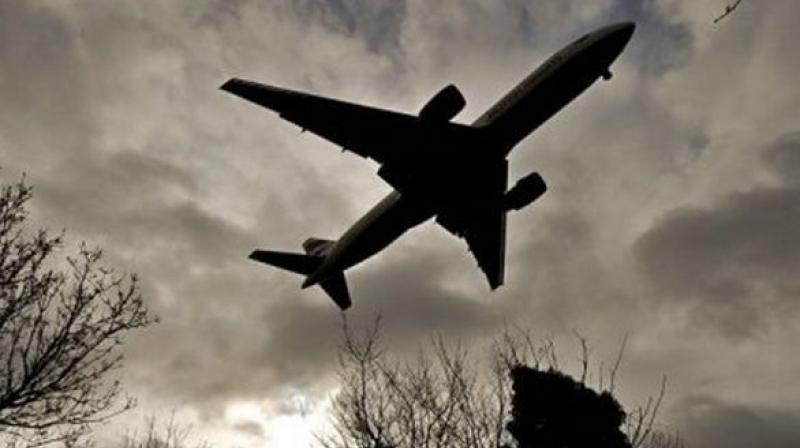 Till now, 19 states have either signed or given their consent for the UDAN scheme.

New Delhi: Starting December 1, air-travel is set to become slightly more expensive. With the government finally announcing its decision to levy an amount ranging from Rs 7,500 to Rs 8,500 on each domestic flight departure on major routes to fund its Regional Connectivity Scheme (RCS), airlines are expected to pass on the levy to passengers.

According to civil aviation ministry officials, the levy on airlines operating on major routes, if passed on to passengers, will result in an increase of about Rs 60 to Rs 70 per ticket. Other estimates put the additional burden on each passenger at Rs 100.

The price of tickets will go up depending on the number of seats in that particular flight. Many airlines are reportedly unhappy with the government’s move and had earlier opposed the proposal for the levy. But the government went ahead to realise the Regional Cennectivity Scheme that seeks to make flying more affordable for the masses flying to smaller towns and rural areas, thereby stimulating demand in the aviation sector nation-wide.

The RCS was re-christened last month and is now popularly known as UDAN — Ude Desh ka Aam Naagrik (May the common citizen fly).

The government has created a Regional Connectivity Fund (RCF) to which the levy will be credited. “The amount collected as RCF will be used to provide financial support to airlines (operating on the RCS routes) in the form of Viability Gap Funding (VGF) for operations under the scheme,” the Civil aviation ministry said on Friday.

The government estimates that with the levy it will have Rs 400 crore per annum for RCF. “On top of that, another 20 per cent (funding) will come from state governments. We are roughly looking at around Rs 500 crore per year available in the kitty,” Civil aviation secretary R.N. Choubey said.

It will be applicable only on scheduled domestic flights operating on major routes and excludes regional flights, he said.

He was speaking at a stakeholders’ conference and pre-bid meeting on implementation of the UDAN, whose final contours were unveiled last month.

He said that even if the levy burden is passed on to customers, the air fares will not go up significantly.

The Modi government had last month unveiled the finalised version of its ambitious RCS or UDAN — wherein air-fares have been capped at Rs 2,500 for a one-hour flight (476 to 525 km) and a maximum of Rs 3,500 for a distance of 800 km and beyond for 50 per cent of seats on flights from an “unserved” or “underserved” airport to another or to a major airport. The distances covered under the scheme range from 151 km to 800 km and above and the fare caps vary accordingly.